A new study by PsychTests.com looking at the psychological make-up of athletes in team sports reveals certain key attributes, including mental toughness and perseverance. 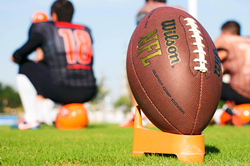 When coaching young athletes, instructing them on the mental side of the game is absolutely essential.

There is one crucial detail that sports analysts are likely to miss when dissecting the masterful performances of Wayne Gretzky, Serena Williams, Muhammad Ali, Usain Bolt, or Bruce Lee: The secret to their success wasn’t muscle deep. Granted, their stamina, strength, speed, agility, and precise reflexes were irrefutable. However, research from PsychTests reveals that when it comes to athletic success, mental prowess plays a crucial role.

Researchers at PsychTests analyzed the personality profile of 322 young athletes who took the Athlete Mental Skills Profile (Team Sports). The sample of athletes, all of whom aspire to go pro, was divided into three groups based on performance ratings from their coaches (Excellent, Good, or just Average). A breakdown of the psychological makeup of these athletes reveals that strong performers skimp on neither effort nor dedication.

Here’s what puts top athletes in a league of their own:

THEY PUSH THEMSELVES TO ACHIEVE THEIR FULL POTENTIAL...THEN PUSH IT FURTHER

THEIR MENTAL TOUGHNESS IS UNPARALLELED

What makes it difficult for average athletes to achieve a higher level of performance? Well, it could come down to the fact that they are just not as physically skilled as top athletes, but PsychTests’ study offers an alternative explanation:

AVERAGE ATHLETES MAY ALSO STRUGGLE WITH PSYCHOLOGICAL BARRIERS. FOR EXAMPLE:

“Ask any professional athlete the secret to their success and they’ll likely say something along the lines of ‘grit’, ‘hard work,’ ‘dedication,’ ‘passion,’ and ‘believing in myself,’” explains Dr. Jerabek, president of PsychTests. “It’s highly unlikely that someone like Tiger Woods or Michael Jordan will say that they were born to be an athlete. Granted, some people are gifted with a certain physical prowess that lends itself well to sports, but personality is a major contributor. You have to be a mental competitor in order to be a physical one. This is never more obvious than when a player ‘chokes’ at a moment when they really need to perform well. What would make someone like Wayne Gretzky miss the net during a crucial playoff game? Certainly not a lack of skill. However, a lack of focus, self-doubt, or an inability to handle pressure is a definite possibility. Here’s the bottom line: When coaching young athletes, developing their physical skills is important, but instructing them on the mental aspect of the game is absolutely essential.”

Professional users, such as coaches, athletic directors of scouts, can request a free demo for this or other athletic assessments from ARCH Profile’s extensive battery: http://hrtests.archprofile.com/testdrive_gen_1