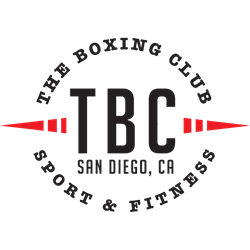 “Kearny Mesa is fast becoming a strategic location in San Diego, with companies big and small moving to the area. TBC mirrors that growth."

The Boxing Club (TBC) of San Diego, a combat-based fitness club known for its cutting-edge programs and unique design, announced today that it has acquired Art of Eight, a well-known combat sports club located in Kearny Mesa. The new location is set to open in September 2019.

“Kearny Mesa is fast becoming a strategic location in San Diego, with companies big and small moving to the area. TBC mirrors that growth. The new location will serve residents and employees of central and east counties while bridging our two other locations in UTC and East Village,” said Artem Sharoshkin, CEO and owner, The Boxing Club.

The Boxing Club will focus on preserving the Art of Eight culture of authentic combat arts, while complementing it with renovated and redesigned facility as well as TBC’s popular fitness and instructional programs. “The heritage of the Art of Eight deserves the team of coaches and instructors of the world-class caliber, and that’s exactly our plan. From Muay Thai to MMA and fitness classes, the members of The Boxing Club at Kearny Mesa, will be trained and coached by the best in the industry,” added Sharoshkin.

TBC at Kearny Mesa is set to open in September, with the grand opening event planned for late fall of 2019. For more information on the membership and classes, please visit our website at: https://www.theboxingclub.net/contact-kearny-mesa, and follow us on Facebook, Instagram and Twitter.
A year ago, The Boxing Club added its East Village/Downtown location, with programs spanning Muay Thai, Yoga, Jiu-Jitsu, Pilates, Spin, HIIT, Boxing and others in a high-design facility. TBC in East Village is a rapidly growing, award-winning club, having been recognized by Orchids and Onions for best design. Since the opening, the East Village location has been joined by more than 750 members.

About The Boxing Club (TBC):
The Boxing Club is a premier fitness club that has successfully combined fitness classes based on combat arts. TBC has top-quality instructional boxing, Muay Thai, kickboxing, Jiu-Jitsu and MMA programs as well as general strength and fitness training, such as indoor-cycling, HIIT, pilates and yoga. TBC is home to champion coaches as well as champion fighters.