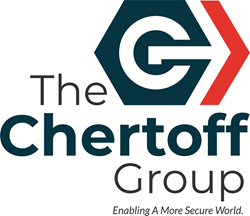 "Our clients will benefit from Congressman Thornberry’s renowned track record of focusing on sound policy over partisan politics.”

The Chertoff Group, a global security advisory firm that enables clients to navigate changes in security risk, technology and policy, today announced the appointment of Mac Thornberry to its team of Senior Advisors. Most recently, Representative Thornberry spent over 25 years in the U.S. House of Representatives serving Texas’s 13th District.

“After over a quarter century of highly distinguished service to our country in Congress, it is a privilege to have the Honorable William “Mac” Thornberry join The Chertoff Group as a Senior Advisor,” said Chad Sweet, CEO and Co-Founder of The Chertoff Group. “In an age of hyper partisanship here in Washington, it is rare to see someone so widely admired on both sides of the aisle as Mac. It is the reason why the Chairman of the House Armed Services Committee, Adam Smith, in a gesture of respect, named last year’s National Defense Authorization Act after Mr. Thornberry despite Mac being on the other side of the aisle. Our clients will benefit from Congressman Thornberry’s renowned track record of focusing on sound policy over partisan politics.”

Few Congressional leaders have served on as many security-related committees and task forces as Representative Thornberry. During his time in Congress, Thornberry was selected to serve as Chairman of the House Armed Services Committee (HASC). In this capacity he oversaw the collective agencies of the Department of Defense (DoD) and their respective policies/budgets. Representative Thornberry remains known for successfully leading and passing landmark reforms of DoD’s massive acquisition system. He also served on the United States House Permanent Select Committee on Intelligence for 14 years. In addition to his deep military and intelligence expertise, Thornberry was instrumental in the establishment of the Department of Homeland Security in 2002, was a member of the first Select Committee on Homeland Security and chaired the Cyber Task Force in 2011.

Thornberry’s experience is not limited to the legislative branch. Prior to serving in Congress, he was the Deputy Assistant Secretary for Legislative Affairs in the State Department under President Reagan. Thornberry will bring the full breadth of his impressive experience across both the Legislative and Executive branches to bear to help Chertoff Group clients thoughtfully achieve their objectives.

“We are excited to welcome Mac to our team of Senior Advisors,” said Michael Chertoff, Executive Chairman and Co-Founder of The Chertoff Group. “His broad experience and expertise in homeland security and defense will bring tremendous value to the firm and I look forward to working together.”

“It is an honor for me to be associated with The Chertoff Group,” said Thornberry. “Its reputation for integrity, deep expertise, and insightful analysis is especially valuable at a time when our security depends, more than ever, on government and the private sector working together.”