The Eighth Largest Electrical Wholesale Distributor in the U.S. Celebrates the Opening of its 500th Store 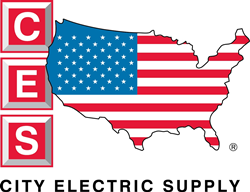 "I know my grandfather would have been so proud to see this day come, and I am grateful to the whole City Electric Supply team for helping us to continue his legacy," said CES President & CEO Thomas Hartland-Mackie.

City Electric Supply is proud to announce the opening of its 500th branch location in La Porte, Indiana. CES has been paving the way through many towns across the country since opening the first branch in the United States in 1983. In the year 2000, CES had 100 stores nationwide, and in just under twenty years, the wholesale distributor was able to add 400 more. The latest branch opening is a milestone for the company’s aggressive growth initiative.

“My grandfather, Tom Mackie, opened the first CES branch in the United States in 1983. And being the hard-working, enterprising man that he was, he opened the 10th US branch just one year later,” said CES President & CEO Thomas Hartland-Mackie. “So it is both thrilling and humbling to have reached this significant milestone of 500 branch locations. I know my grandfather would have been so proud to see this day come, and I am grateful to the whole City Electric Supply team for helping us to continue his legacy.”

Hartland-Mackie credits the huge feat to the support, dedication and entrepreneurial spirit of the CES local teams.

La Porte was an obvious choice for CES. While the town has a high volume of industrial work, it also has a dense commercial market, which will bring branch customers from local businesses. It’s a town with fascinating history, and it happens to be the home to the largest parade in Indiana.

“It feels great to be a part of this milestone for the company,” said Jaime Marujo, Vice President of Operations. “The La Porte Branch has already proven to be very successful in the short time it’s been around. We are happy to have District Manager Jeff Williamson and his team on board.”

Branch Manager Brian Vergin and his team have 22 years of combined experience. The day after Vergin left his previous job, he immediately kicked off his journey with CES and began searching for the perfect location.

“It took about four weeks to get the keys and for the fun to start,” said Vergin. “We hired a local contractor for our storefront buildout, found an electrician and HVAC company that were previous customers of mine, and brought in a highly decorated painter who is known for painting the downtown area.”

Vergin is extremely confident in his ability to be one of the best distributors in the area. He cannot wait to please his customers and blow everyone away with the success of the 500th CES branch.

“I know I can achieve the goals my district manager has set for me. I cannot wait to make this store the best for CES,” said Vergin.

CES is on the path to reaching another milestone internationally as it nears the opening of its 1000th store worldwide.

About City Electric Supply (CES) is a family-owned electrical wholesale distributor headquartered in Dallas, Texas. The company was founded in 1951 by Tom Mackie in the United Kingdom and expanded to the United States in 1983. Today, CES employs more than 3,000 people in almost 500 branches across the U.S.