The Fed's Role in the Economic Recovery

Financial technology provider PLUGIT comments on the Fed's intervention as financial markets experience the most severe volatility since 2008. 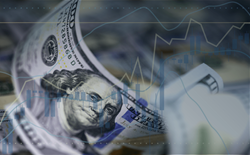 We can expect to see continuous volatility due to erratic trade behavior as a result of an extremely uncertain outlook combined with unprecedented levels of stimulus, said Jalal Faour, CEO of PLUGIT

In recent months, the U.S. Federal Reserve has received more publicity than the organization has had in its history. When everything is running smoothly, no one pays much attention to the Fed and the essential role it plays in society. Since COVID-19 pulled the handbrake on the global economy, everyone has been looking to the Fed to provide a solution.

The Federal Reserve’s primary responsibilities are promoting maximum employment, stable prices, and moderate long-term interest rates, as well as the overall stability of the financial system in the U.S. and overseas.

In the wake of the pandemic, employment rates in the U.S. fell sharply, as did major stock markets, while interest rates were reduced to 0% in order to encourage borrowing and investment and to discourage saving. In a single moment, the Federal Reserve was faced with a massive multi-front challenge and some doubted whether it could still achieve its objectives.

In this unprecedented medically induced economic coma, the Fed is continuously under fire from the mainstream media and its countless critics who don't believe in the fractional reserve banking system or in the institution as a whole. The Federal Reserve has used many of its powers and policies to try and control the impact of the coronavirus and prevent the world's largest economy from slipping into a recession or depression, which many skeptics believe remains inevitable.

The Fed is Manipulating Interest Rates

Despite one of the Federal Reserve's main objectives being to promote moderate long-term interest rates in the U.S., the idea of reducing interest rates may seem counter-intuitive. Cutting interest rates is a common tactic used by central banks worldwide. It results in cheaper borrowing and removes the incentive to keep cash in a bank account, because cash deposits no longer earn significant interest, if any at all.

Logically, lower interest rates result in more spending by discouraging saving and encouraging borrowing. A damaged economy needs money circulating and being invested in the markets.

Despite the Fed’s knee-jerk reduction of interest rates to 0% in March 2020, the Federal Reserve Board has since brought them back to 0.25%. Many policymakers, however, believe that interest rates will remain at near-zero levels until 2022.

The Fed is responsible for controlling the supply of U.S. dollars. This means it can increase and decrease the amount of currency in circulation. However, history shows that monetary policy naturally leans towards increasing the money supply rather than reducing it. The Fed has a number of methods at its disposal to inject new currency into the economy. It can use processes like open market operations, quantitative easing, and adjusting banks’ reserve requirements.

The Fed has Boosted its Balance Sheet Dramatically

Open market operations and quantitative easing are relatively similar initiatives. OMO has traditionally been used by the Fed to buy government-issued bonds from certain banks. However, the money used to purchase those securities is created out of thin air.

Quantitative easing generally expands the types of securities that Federal Reserve banks can purchase. In recent weeks we have seen the Fed's balance sheet bloat. The total value of securities it owns is now over $7.1 trillion, having grown by $3 trillion in just a few months.

The justification for such a vast spending spree is to inject liquidity into the economy, prop up markets and support key industries while the economy is at a standstill.

The Fed is also rapidly buying up mortgage-backed securities. In a recent announcement, the Board stated that there is no upper limit on the value of MBS that would be acquired but did set a floor of $40 billion per month.

Many critics say that the Federal Reserve is colluding with favoured banks and broker-dealers to acquire securities that would otherwise burn a hole in the pockets of the 0.1%.

Whenever Fed Chair Jerome H. Powell speaks, or the Federal Reserve Board issues a statement, the markets react. Almost any announcement, especially in recent months, strongly influences the sentiment of not only the Wall Street elite but also the individual investor. Anything the Fed does or says will ultimately influence the market. By taking proactive steps and assuring investors of the soundness of the financial system, the Fed is working towards stifling chaotic panic selling and encouraging traders to put their money back in the market.

Stock and derivatives brokers have seen unprecedented volatility as COVID-19 unfolded and the CBOE Volatility Index hit a high that surpassed that of the 2008 financial crisis. “We can expect to see continuous volatility due to erratic trade behavior as a result of an extremely uncertain outlook combined with unprecedented levels of stimulus,” said Jalal Faour, CEO of PLUGIT, a leading technology provider in the brokerage, investment services and online trading industry. “We've seen a spike in demand for risk management tools as many brokers have been forced to take additional precautions in the current circumstances.”

The Federal Reserve’s announcement that it is ready to do whatever it takes to prevent a devastating economic impact created a positive market response. Reading between the lines, traders interpreted this as meaning that there is at least one entity which is not only ready to buy anything and everything, but also has a blank check to do so.

Will the Federal Reserve Ensure a Recovery?

The tactics used by the Federal Reserve mirror those of other central banks, such as the Bank of England and the European Central Bank. Notably, the Bank of Japan has already maintained negative interest rates for many years. Despite the coordinated global effort to stimulate markets and reopen economies, some accuse bankers of forgetting that we are not only dealing with an economic crisis but also a medical emergency. Many employees say they are not ready to go back to work just yet. Until the risk posed by the virus subsides, there is little that can be done to ensure a V-shaped recovery.