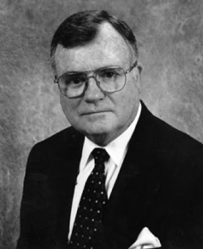 The Foreign Policy Research Institute (FPRI) is delighted to announce the continuation of the Lt. Gen. Bernard E. Trainor USMC Veterans Fellowships made possible by the generous support of the 16th Annual Iron Hill Charity Golf Tournament, an event hosted by J.G. Petrucci Co., Inc. and Iron Hill Construction Management. The application deadline is March 1, 2019. Further details about the position and the application process can be found here.

These limited number of fellowships will be competitively awarded to deserving veterans of the armed forces who hold a passionate desire to work in journalism or in long-form, non-fiction writing. Post-9/11 veterans in college or graduate school, recent graduates, or individuals who have recently separated from the military are encouraged to apply. These fellowships will provide between $3,000 and $7,500 to help make travel or other writing support possible.

“As a longtime supporter we certainly believe that FPRI’s voice, in all matters foreign and domestic, is more vital than ever,” said Jim Petrucci, Owner and Founder of J.G. Petrucci Co., Inc.
The selected individuals will contribute to Geopoliticus: The FPRI Blog and other internal and external publications, gaining valuable writing experience.

“The Foreign Policy Research Institute could not be more delighted to host this fellowship named after an exceptional individual who so perfectly exemplified its purpose,” said Alan Luxenberg, President of the Institute. “We are very grateful to Jim and Greg for making this possible.”

FPRI is a non-profit, non-partisan think tank located in Center City Philadelphia. Its mission is to bring the insights of scholarship to bear on the foreign policy and national security challenges facing the United States. It seeks to educate the public, teach teachers, train students, and offer ideas to advance U.S. national interests based on a nonpartisan, geopolitical perspective that illuminates contemporary international affairs through the lenses of history, geography, and culture.

The Fellowship is named for the late Lt. Gen. Bernard E. Trainor, USMC (ret.). Lt. Gen. Trainor (1928-2018) enlisted in the Marine Corps in 1946 and went on to serve in uniform for 39 years in various command and staff assignments, including combat service in both the Korean and Vietnam Wars. Prior to his retirement, he served as Deputy Chief of Staff for Plans, Policies, and Operations, Headquarters Marine Corps. Lt. Gen. Trainor followed his service with a second career as a journalist and analyst of military affairs. He served as the chief military correspondent for the New York Times, and later directed the National Security Program at Harvard University’s John F. Kennedy School of Government. He also served as a Senior Fellow for National Security at the Council on Foreign Relations and is a frequent media commentator. With Michael R. Gordon, he was the author of The Generals War, Cobra II, and The Endgame: The Inside Story of the Struggle for Iraq, from George W. Bush to Barack Obama.