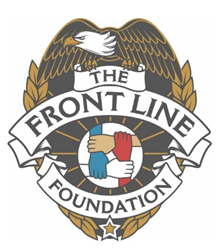 “ we need to let our first responders know they are appreciated”

The Front Line Foundation (TFLF) announced today final plans for its first fundraising event of 2021. Along with Oath, Inc., a national nonprofit whose mission is to support disabled Military Veterans across the United States, TFLF will host The All American Gala at The Wilds Golf Club in Prior Lake on Tuesday, July 20.

Fundraising events such as the All American Gala and TFLF’s annual golf tournament in September help the organization support the families of first responders who die in the line of duty. Founded in late 2018, TFLF was formed to support Law Enforcement Officers, Firefighters and EMT first responders across Minnesota. The Foundation’s mission is to bridge the gap between the death and benefits being paid, which can help families with ongoing expenses.

“The first responders in this state and in this country put their lives on the line every single day they go to work. Those who die pay the ultimate sacrifice,” said TFLF Co-Founder and Board Member, Brent Rohlik. “We support the families of the fallen so they know how much their loved one was appreciated and cared for.”

Since the start of 2021, TFLF has paid out benefits to the families of the following three First Responders who died while serving others: DNR officer Sarah Grell, Paramedic Toby Rowan, and Paramedic Troy Boettcher.

Rowan, who worked for Mille Lacs Health system in Onamia, was on a medical call when he suddenly collapsed on January 6. Other medical and law enforcement personnel on the scene attempted life saving measures, but Rowan did not survive. Rowan also served the communities surrounding the Cuyana Regional Medical Center (CRMC) in Crosby.

Grell was killed in an auto accident on May 24 traveling northbound on County Road 336 near Grand Rapids when a semi-truck struck her vehicle on the driver-side door near the intersection of County Road 57 in Lawrence Township. Grell, who is a mother of three children- ages 13, 4 and 2 - had been a conservation officer since 2005. Boettcher of Warba perished on June 8 in a vehicle crash in very close proximity to where Grell was killed just days earlier. Boettcher was an active member of the Warba-Feeley-Sago Volunteer Fire Department. He also started the Place to Call Home homeless shelter in Detroit Lakes He had just been untied in marriage to his wife Amber just months earlier, in October of 2020. He is survived by his wife and four sons and four daughters. The memories of these fallen heroes will be celebrated at The All American Gala. It will all start with Green Berets parachuting 6,000 feet from a Helicopter, along with fireworks to start the evening.

There will also be more than $200,000 dollars in Special Raffle, Live and Silent Auctions and Gun Boards prizes for participants to choose from during the evening. In addition, Veteran, John Kriesel will be the evening’s guest speaker, sharing his remarkable journey from losing his legs in an attack in 2006 to his time as a State Legislator and his current role as Director of Veteran’s Services for Anoka County. Kriesel said he is honored to speak at the All American Gala. “I want to show people how much of a difference they are making by supporting organizations like The Front Line Foundation, who support veterans and first responders,” said Kriesel.

“I experienced firsthand the generous support of nonprofits when I was wounded in battle. I am honored to help strengthen that critical support. Now more than ever we need to let our first responders know they are appreciated and loved.” Rohlik said that the event does so much more than raise funds. “After so much time separated from each other due to the pandemic, this event will bring us all together to show our support for these individuals who put everything on the line each day,” said Rohlik. “We are looking forward to a fun, first-class event.”

About the Front Line Foundation:
The Front Line Foundation began as an attempt to help and support our Fallen Heroes, including Law Enforcement Officers, Firefighters, EMTs, and the Minnesota National Guard. The Front Line Foundation provides support to those who died while in the line of duty, by giving benefit payments to dependents of fallen first responders. Law Enforcement Officers, Firefighters, and EMT First Responders face armed and dangerous criminals, impaired individuals wielding weapons, even emotionally charged, and threatening domestic disputes. They are The Front Line Defenders of our neighborhoods, towns, and cities who face and diffuse the high-risk, frequently appalling situations we know or hear about, with disbelief, on the news. In addition to providing endowments and support for the families of fallen heroes, The Front Line Foundation will underwrite scholarships and training registration costs for Front Line personnel as well as support preparedness training for safety officers in hospitals, schools, and places of worship. Further, we assist with the purchase of needed safety and tactical equipment not currently within the budget of the local unit of government. For more information, please visit http://www.thefrontlinemn.org