The first short film produced together by Miyazaki and Kagoshima prefectures showing the rarely seen Koji production and Shochu making process as distillers explain why Shochu is so unique, and why the world's best bartenders love it and accept Shochu as new spirit category. 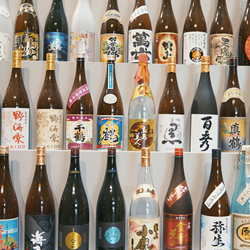 Shochu can be mixed both in a cocktail in a classic form, but it can also be use the base to create infusions Shochu easy to mix in the cocktails, you'll give your guests a unique opportunity to experience that Koji flavor that doesn't exist in any other distilled spirit. -Don Lee

Kagoshima Shochu Makers Association and Miyazaki Prefecture aim to promote Satsuma, Kokuto and Miyazaki Shochu and to grow shochu’s recognition in the spirits category internationally. Both prefectures are excited to release a short film about shochu, a first of its kind, featuring a few of the world’s best bartenders. Kagoshima is the birthplace of Imo Shochu, which is Sweet Potato or Satsuma Shochu, while Amami Island produces only brown sugar shochu called Kokuto Shochu. Miyazaki Shochu produces Imo and Buckwheat Shochu. Shochu can be made from over 53 different ingredients and has a unique production process using with Koji. Both prefectures have over a 500-year history of making Shochu. Currently over 150 distillers have been producing shochu and have used the same traditional method of production for at least 100 years. Such intensive craftmanship has been passed down from generation to generation, but not many people know about shochu today. Three NYC World Class Bartenders - Don Lee, sprits educator recipient of 2020 Tales of the Cocktails American Best Bar Mentor Award, along with Dev Johnson, former principal bartender of Employee Only cocktail bar and Kenta Goto, Owner of Bar Goto, all who are well known for their extensive knowledge of sprits, have visited Kyushu to see the production process of shochu and are interviewed about their view of shochu for the future. Mr. Hamada, Chairman Kagoshima Shochu Makers Association said “We believe Shochu has finally reached the spotlight, it’s the next new Mezcal. We are so honored to work with these high quality and knowledgeable bartenders. We plan on continuing to create more storytelling experiences for the US market. We feel the door has opened now and I hope American consumers enjoy this amazing new flavor of Japanese Spirits.”