The Launch of the Philippine Blockchain Association 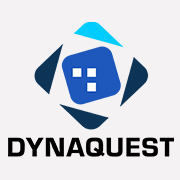 The Philippine Blockchain Association (PBA) was launched during the Bacolod Blockchain Initiative (B2CI) workshop. The founding group is based on the partnership of HYBrain Development Corporation (HYBrain), DynaQuest Technologies Services (DynaQuest), and the Bacolod-Negros Occidental Federation for Information and Communications Technology (BNeFIT), have joined together in the announcement at the workshop.

The Bacolod Blockchain workshop, was held on May 24, 2018 at the New Activity Hall of Carlos Hilado Memorial State College Alijis Campus Bacolod, became the venue for unveiling the Philippine Blockchain Association in front of the workshop participants consisting of the BNeFIT leaders, educators, IT professionals and medical associates.

“Blockchain is changing the world and is reshaping how we do work, live and play in the new digital age,” added Randy Knutson, the CEO of DynaQuest, “At first, Blockchain seems like the invisible, nascent technology that is hardly felt in the Philippines, but with the rapid developments in the sectors of healthcare, insurance, finance, logistics and payment remittances, these are just a few of the business sectors that are moving onto Blockchain technology in 2018. It is could be even bigger than Internet 1.0”.

“It is high time that we have to embrace the fact that Blockchain is the future technology on software development. There is more to it than Cryptocurrency, what we have to do is to prepare our academic institutions to prepare the manpower pool for it,” said John Dave Dueñas, the president of BNeFIT and Co-founder of HYBrain Development Corporation, and also the strategic partner of DynaQuest for the development of the Blockchain enabled EHR, known as MEDTRIX.

During the workshop, DynaQuest and its partners unveiled the project timeline for the association’s first two projects: first is the MEDTRIX Blockchain EHR development roadmap and the Blockchain Education timeline for university curriculums.

“Prior to the workshop, our team has been working and establishing key partnerships in making these timelines feasible,” said Jason Tuazon, the program manager of DynaQuest. “By engaging the ICT council, our key shareholders and other partners, we were able to present to the participants, a clear roadmap of what is to come after this workshop.”

For over two decades, the Philippines have enjoyed tremendous economic benefits from its status as a global destination for Business Process Outsourcing (BPO) and Shared Services, but the progress of technologies such as Artificial Intelligence is threatening the sustainability of these industries. “As businesses and enterprise technologies change, the credentials of IT professionals must also cope with the change,” Randy Knutson was quoted during his Blockchain in Education presentation. “Our goal with Blockchain education is to introduce and upskill students, future IT graduates and IT professionals with the necessary skills to succeed in the Blockchain enabled business world.”