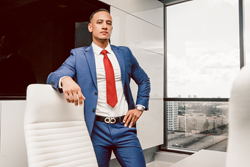 The Law Offices of Jibrael S. Hindi, representing the Florida Fair Housing Alliance (FFHA), received a historic ruling from the Miami-Dade County Court in favor of their client on Thursday, October 7.

The Law Offices of Jibrael S. Hindi, representing the Florida Fair Housing Alliance (FFHA), received a historic ruling from the Miami-Dade County Court in favor of their client on Thursday, October 7th. The ruling was made at a hearing on a motion by the defendant, 800 Capri Apartments, to dismiss the Florida Fair Housing Alliance’s discrimination lawsuit that they brought as a testing organization. FFHA’s lawyer, Jibrael Hindi, successfully argued in front of Miami-Dade County Judge Alan Fine, that testing organizations such as the FFHA do indeed have standings to bring claims pursuant to Section 11A-12 of the ordinance. The court ruled that nothing in the ordinance prohibits a testing organization from bringing such claims. This ruling made in the County Court of the 11th Judicial Circuit in and for Miami-Dade County, Florida was the first ruling in history recognizing tester organization standing pursuant to the Miami-Dade Ordinance prohibiting discrimination based on source of income (Case No: 2021-001063-CA-01).

Florida Fair Housing Alliance (FFHA) is a non-profit organization with its primary mission of rooting out discriminatory housing practices in Florida. FFHA conducts tests against apartment complexes in Florida to make sure that they are not conducting various types of prevalent discriminatory practices against minorities.

“One of the violations that we have been combating over the last couple years is what is called source of income discrimination. Essentially, there are county ordinances that prohibit landlords and apartment complexes from denying tenants that want to use Section 8 housing vouchers or governmental rental assistance vouchers. As counties have recognized, these types of barriers disproportionately adversely affect minorities. It’s a form of segregation that has no place in society.” said Jibrael S. Hindi, who brought this case on behalf of the Florida Fair Housing Alliance.

On September 24, 2020, at approximately 10:49 a.m., a field tester called the 800 Capri was connected to an agent of the apartment complex. The field tester first asked if rental property was available. The agent responded that rental property was available, namely, a one-bedroom apartment. The field tester then asked if the complex accepted Section 8 payment vouchers and Defendant responded that it did not. As confirmed by the call, the complex refuses to accept Section 8 payment vouchers, i.e., Section 8 Housing Choice Vouchers. Refusing to accept Section 8 Housing Choice Vouchers is unlawful discrimination based on source of income.

FFHA filed a suit on January 15, 2021 claiming that the defendant 800 Capri violated § 11A-12(1) of the Miami-Dade County Code of Ordinances, which prohibits discrimination based on source of income.

“My mother was on food stamps and housing vouchers when I was growing up, so it brings me great joy to give back to those in need by virtue of the ruling we obtained. Today’s ruling is a huge step in eradicating a prevalent hidden form of discrimination and will hopefully cause other apartment buildings to change their illegal practices.” added Hindi.