Destinations, hotels and service providers join the LGTBQ+ Tourism Strategy of Mexico for 2020, where they opt for the tourism promotion of this niche market. 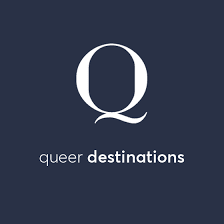 Within the framework of its participation at the International Tourism Exhibition (FITUR) which took place in Madrid (Spain), Queer Destinations and the International Gay & Lesbian Travel Association (IGLTA) acknowledged the Ministry of Tourism of Mexico for being the first country certifying destinations, hotels and service providers to promote the tourism activity of the LGBTQ+ segment in the country.

The objective of this certification is to strengthen, promote and consolidate the LGBTQ+ tourism product by implementing a plan that seeks the uniformity of content in each destination, standards accreditation and certification of professional services in the industry.

Oriol Pamies, founder of Queer Destinations and member of the IGLTA board of directors, said: "We are very pleased that Mexico has believed in our project and is leading the way with this strategy which will be extended to other cities in the world that are interested in working in partnership with the private sector to position themselves as a tourism reference of diversity and tolerance for the LGBTQ+ community. This initiative seeks to increase foreign exchange revenue for travelers, to reverse seasonality and to diversify the range of destinations on offer".

"Since the IGLTA is 36 years old, it is very important that a country like Mexico is implementing this effort in such a short time in coordination with the government. It is the first time that it will be done in a structured way.

We hope that other countries in the world will follow this example," said Felipe Cardenas, Treasurer and member of the IGLTA board.

The Secretary of Tourism of Mexico said he was very satisfied that in less than a year from the cooperation agreement signature between the government of Mexico, Queer Destinations and the IGLTA, local governments and companies from the private sector have been interested in investing in this segment of tourists and unlocking the potential that exists in Mexico.

Key players such as Hyatt and Melia, as well as other service providers, have now received training courses to ensure that their staff are qualified in accordance with international standards in the treatment of LGBTQ+ travelers. Representatives responsible for promoting tourism in destinations as important as Mexico City and Yucatan have also participated and have scheduled awareness sessions so that they can develop world-class tourism products.

The event was attended by the secretaries of Tourism from Baja California Sur, Quintana Roo, Yucatan, Coahuila, Michoacan and the director of the Joint Tourism Promotion Fund of Mexico City, who expressed their interest in providing the necessary facilities for those involved in the service network to join this effort.

It is estimated that annually 3.5 million LGBTI travelers visit Mexico making it one of the countries with the most LGBTI tourists in the world. According to recent figures from the World Tourism Organization this tourist segment has a higher average expenditure per capita than the traditional tourist.