The Montecucco Consortium Announces Its New Communications Campaign In The U.S. To Promote Its Wines From Tuscany, Italy 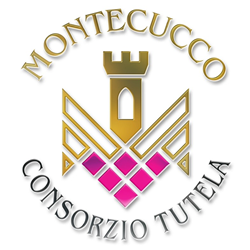 The Montecucco Consortium's promotional activities in the U.S. for 2019 will include tastings, events, and initiatives for press and trade that aim to bring its unique expression of Italian Sangiovese to the U.S.consumer.

The Montecucco Consortium, the association representing 68 wineries in Tuscany, Italy, is pleased to announce the launch of a new integrated communications program in the United States. With Colangelo & Partners as their agency of record, the campaign will focus on increasing the visibility and popularity of the Montecucco appellation and its wines by communicating its high-quality, sustainable, and artisan production; its unique expression of Italy’s versatile, noble grape Sangiovese; and its excellent quality for price.

The Montecucco Consortium (Consorzio Tutela Vini Montecucco) represents all native wines produced in seven municipalities in the north-eastern section of the geographical area of Maremma, Tuscany. The wine region spans the inner, rolling hills to the volcanic slopes of Mount Amiata, bordering on Montalcino and encompassing a topography and climate that provide for a variety of terroirs for diverse styles in its wines. The proximity of the Tyrrhenian Sea, the sheltering effect of Mount Amiata, and the diurnal temperature variation contribute to the ideal climate for grape-growing.

Montecucco’s main wine is Montecucco Sangiovese DOCG, made from a minimum of 90% Sangiovese and described as a big red with hints of dark fruits, tobacco, and vanilla, a full body with prominent but elegant tannins, dark fruity notes, and a persistent finish. Other wines produced include Montecucco Rosso DOC, Montecucco Vermentino DOC, and other white, rosé, and Vin Santo expressions.

“Montecucco presents a different expression of Sangiovese,” says Claudio Carmelo Tipa, President of the Montecucco Consortium. “The winemakers of Montecucco are involved in every part of production, from vine to bottle. The majority of the wines come from small, family-owned wineries and are largely absorbed by our local market. Our goal as a Consortium is to bring the great wines of Montecucco to the U.S. public, and communicate their high quality and the diversity of our territory.”

Montecucco aims to become an increasingly prominent red wine in the minds of consumers and in the conversation of Italian Sangiovese wines in the U.S., the leading wine-consuming country in the world. The 10 wineries that will be participating in the U.S. promotional initiatives are Amantis, Basile, ColleMassari, Le Calle, Maciarine, Montenero, Parmoleto, Peteglia, Poggio Stenti, and Tenuta L'Impostino. On May 8, a wine-tasting seminar dedicated to the Montecucco Sangiovese DOCG for press and trade will take place, guided by a renowned industry professional and Italian wine expert and enthusiast in NYC.

The production of Montecucco Sangiovese DOCG is traditionally based on high quality, with an emphasis on artisan production from small, family-owned wineries. It boasts one of the lowest grape yields in all of Italy at 7,000 kg per hectare. With the skill of its producers, a long history of winemaking experience that dates back centuries, and its bordering proximity with Montalcino, home to Brunello, Montecucco represents a hidden treasure for consumers looking for high quality at accessible prices and a fresh way to explore the Sangiovese grape variety.

For more information about the Montecucco Consortium, contact Diana Zahuranec at dzahuranec@colangelopr.com or Luca Venturelli at lventurelli@colangelopr.com.

About the Montecucco Consortium (Consorzio Tutela Montecucco): Founded in 2000 and representing 68 wine producers, the Montecucco Consortium is committed to the stewardship, protection, and promotion of the Montecucco wine denomination. The Consortium ensures high quality by a set of formal production guidelines for the entire winemaking process, from cultivation to bottling, including a strict traceability system that allows consumers to know the origin of the wine purchased. The Consortium’s ability to provide day-in and day-out support to the local growers, assist in brand promotion, and focus on the quality of the end product have earned the organization the trust of numerous leading estates and to attract some of Italy’s most renowned producers.