Attorney Alex Galindo of Curd, Galindo & Smith, LLP announces that his client, Bradley Lembke has filed a wrongful death suit against the City of Long Beach. 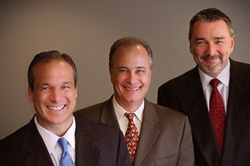 "The dangerous condition of public property, as alleged above, was the proximate cause of DECEDENT’S death"

Attorney Alex Galindo of Curd, Galindo & Smith, LLP announces that his client, Bradley Lembke age 19 has filed a wrongful death suit against the City of Long Beach. Court documents indicate that Mr. Lembke alleges in his complaint filed with the Los Angeles Superior Court Case No.: 20STCV00120 that his father, Bryan Lembke, age 39 was killed on November 8, 2018 while riding his bicycle to work on Spring Street near El Dorado Park in the City of Long Beach when he was struck by a vehicle.

In May 2019, Lembke filed a $1.6 million claim against Long Beach, alleging the city was at least partially to blame for the crash. The City of Long Beach denied the claim.

The court documents allege that the City of Long Beach negligently created a dangerous condition of public property by failing to install and maintain a dedicated bike lane along Spring Street . Spring Street is a main access road for El Dorado Regional Park and the I-605 Freeway. The complaint goes on to state: "The dangerous condition of public property, as alleged above, was the proximate cause of DECEDENT’S death".

The City of Long Beach denies any wrong doing.

The trial is set for July 1, 2021 in the Los Angeles Superior Court.

Mr. Galindo received his business degree from University of Southern California in 1982 and his law degree in 1985 from the University of Oklahoma. Mr. Galindo has been a lawyer and real estate broker for over 25 years. He has won numerous jury verdicts and settlements in the area of personal injury, products liability and civil rights/police misconduct cases. Mr. Galindo is a member of ABOTA which is an organization of attorneys representing both plaintiffs and defendants in civil cases. All of the attorneys who belong to ABOTA have earned great distinction at trial. Mr. Galindo is a member of Million Dollar Advocates Forum, Consumer Attorneys of California, Consumer Attorneys of Los Angeles, NPAP (National Police Accountability Project), National Lawyers Guild, National Association of Realtors and California Association of Realtors.