The Susanne Montrose Apartments Within Walking Distance to Houston Museum District; Location Is Key In Houston 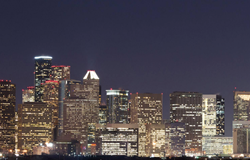 The Susanne is a Houston luxury apartment community that boasts one of Houston’s most premier locations – in the heart of the eclectic Montrose neighborhood and walking distance to the Houston Museum District, among other things.

Now more than ever, with people in Houston spending more time at home and in their apartment, having a walkable and ideal neighborhood is becoming more important than ever. The Montrose apartments were built in 2015, but the community continues to see immense growth and loyalty from residents, thanks in part to their ideal Houston location. The Susanne maintains one of the highest retention rates for residents, many of which cite location and convenient living as their main reason for renewing their lease.

Celebrating their 5th year, the location is still the top selling point of these apartments in Montrose. These Montrose apartments are only one block away from The Menil Collection https://www.menil.org, which offers free admission, and offers unique exhibits and collections that change throughout the year.

Check out this video with actor Jim Parsons for Visit Houston talking about how Houston has “one of the most significant Museum Districts in the country,” and his love for his Texas hometown. “I saw more art in Houston than I ever saw in New York,” he shares, reminding visitors and locals alike that Houston boasts an impressive art scene that shouldn’t be missed.

The Montrose apartment community was developed, built, and managed by Houston real estate icon Marvy Finger of the Finger Companies, who has been profiled numerous times in the Houston Chronicle in regards to his business acumen. Understanding that location is the key to successful multi-family real estate, Finger builds his communities on the idea of “Main and Main,” which continues to prove as the highest selling point for apartment renters.

Though these luxury Montrose apartments aren’t technically built on Houston’s Main Street a few miles away in downtown Houston, the concept of a central and convenient location remains the same. The Montrose apartments are located across the street from HEB grocery shopping, and only 3-miles from the Texas Medical Center (TMC), the largest medical center in the world. The central location of these apartments near the Medical Center also keeps residents close to many nearby highways for easy and convenient travel.

Location is especially key in a sprawling city like Houston, which ranks as the 9th worst traffic congestion in the U.S., according to the 2019 Urban Mobility Report. Quick and convenient access to grocery stores, top local restaurants and nearby highways is a top criterion for Houstonians when searching for a place to live, which is why Marvy Finger and his apartment communities are always at the top of many apartment hunters’ wish list. Being walking distance to the museums, multiple coffee shops, and more is an added bonus.

The Susanne offers nine spacious floor plans with first-class amenities like built-in wine chillers, a resort-style pool, solar roller shades, and more, making it one of the most luxurious Houston apartments on the map.

About The Finger Companies
Under the leadership of veteran developer Marvy Finger – whose 60-year plus track record speaks for itself – the Finger Companies has earned an undisputed reputation as the leading independent developer of luxury apartment homes in the country for one reason: unwavering commitment to excellence. With a visionary knack for finding the best locations, the Houston, Texas-based company has led the industry in the highest quality construction, cutting edge design, lush landscaping, envelope-pushing amenities, and unparalleled property management for six decades. The Susanne Montrose Apartments are owned and operated by The Finger Companies.