The Top Streaming Services and TV Shows of March 2021, According to Watchworthy Data

Watchworthy's Cold Hard Data Unveils the Truth About What, Why, and Where Audiences Are Streaming in the Month of March 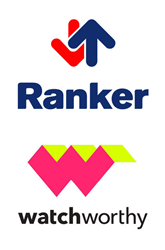 "The enormous amount of first-party data Watchworthy is collecting allows us to have truly unique insights into the ever-evolving streaming wars and what content streamers love to consume." -CEO Clark Benson

Ranker, known as the world’s leading publisher for fan-powered rankings on just about everything with over one billion votes, just announced the Top Streaming Networks and TV Shows for the month of March 2021 according to users of the TV recommendation app Watchworthy.

It’s one thing to know how many people are sitting in front of how many televisions to watch however many shows at any given time. But what that doesn’t tell you are the ideas about the shows streamers are watching, about why they’re watching it, about how it’s similar to or different from the dozens of other shows they love. And the only place where one can find cold, hard data on all those opinions is Watchworthy.

By relying on the Watchworthy algorithm, which itself relies on the “Likes” and “Dislikes” of Ranker and Watchworthy users, ‘Worthy’ scores give a sense of not just what’s popular, but what’s trending in TV today. The data from aggregated Worthy scores therefore tell which shows are most rapidly growing their fanbase for the third month of 2021, as well as the platforms where those shows are available to stream.

“It’s been one year since we launched Watchworthy and we’re excited to see so many streamers continuing to use the app to create ‘Watchlists’ and share them with family and friends,” said Clark Benson, CEO and founder at Ranker. “The enormous amount of first-party data Watchworthy is collecting allows us to have truly unique insights into the ever-evolving streaming wars and what content streamers love to consume.”

STREAMING SERVICES
Over the month of March, Watchworthy tracked each time a show received a Worthy score of 80% or higher, then organized all those shows according to Networks. The resulting analysis allowed us to determine which network’s content is being recommended to the most users.

#1: Netflix Is Back with a Vengeance
Netflix had its biggest lead to date on the Watchworthy leaderboards, grabbing a whopping 52% of strong recommendations to become the #1 most Watchworthy service for the fifth straight month. The lead is largely propped up by reliable winners like Stranger Things and Grey’s Anatomy, The Walking Dead, and The Queen’s Gambit.

#2: HBO Max Holds onto Second Place
HBO Max’s lead over its more established competitors remains comfortable. Euphoria’s continued success has a lot to do with that strength, protecting HBO from losing too much share even as Rick and Morty dropped suddenly from the Top 20.

#3: Hulu’s Small Gains Push it to a Tie for Third
Hulu did manage to grow its share of strong recommendations by 2%, which was all it took to push it up from fifth place in February to a tie for third place in March. But Hulu’s story remains pretty much the same month-to-month: it’s held up by popular, fairly old shows like Family Guy and Futurama. It’ll take some newer and less established content to push Hulu ahead.

#4: Amazon Is Sitting Still
Amazon is dealing with a problem similar to the one faced by Hulu: as The Boys fades from the TV conversation, it’s relying on older, acquired properties like Teen Wolf to hold it up. While they avoided a loss this month and can technically still claim third place, the service appears to be treading water.

#5: Disney+ Waiting to Convert on Original Content
Why did Disney+’s share of strong recommendations drop this month? Our algorithm gave fewer recommendations in February than it did in March simply because February is three days shorter. Still, as WandaVision continues to grow its following, and with the release of The Falcon and the Winter Soldier, there’s still plenty of reason for Disney to be optimistic.

#6: Peacock’s Drop Continues
Just two shows on Peacock got over 50 strong recommendations this month: The Office and Zoey’s Extraordinary Playlist. One is an old standby that most TV viewers are familiar with, and the other is a newer series that is struggling to grow its base. It will take a big change to keep Peacock in the fight, especially as Paramount+ emerges.

TV SHOWS
Below is a list of the Top 20 TV shows and streaming platforms given the highest Worthy scores to Watchworthy users throughout the month of March 2021:

To learn more, please visit the data story Who Won the Streaming Wars in March 2021, including Ranker’s Insights Scoop blog to find out more about Watchworthy.