The executive order addresses many of the organization’s top advocacy priorities, including working to end the dangerous and discredited practice of conversion therapy, expanding the collection of LGBTQ-inclusive data across the federal government, protecting transgender and nonbinary youth’s access to gender-affirming care, and investing in suicide prevention and mental health resources in schools and for the launch of 988. 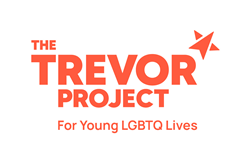 This historic executive order will advance long-sought, LGBTQ-inclusive policies and practices that will help save young LGBTQ lives.

“This historic executive order will advance long-sought, LGBTQ-inclusive policies and practices that will help save young LGBTQ lives. It’s past time that we put an end to the dangerous and discredited practice of conversion ‘therapy,’ and expand access to the affirming care LGBTQ young people actually need to survive and thrive. It’s crucial that our schools and the upcoming 988 lifeline are properly equipped with specialized suicide prevention resources for LGBTQ youth. And LGBTQ Americans deserve to be fully counted in federal data collection and afforded civil rights protections through the passage of the Equality Act.

“Thank you to President Biden for this comprehensive plan to protect LGBTQ youth, especially those who are transgender or nonbinary, people of color, experiencing homelessness, or in the foster care system. Despite recent and relentless political attacks, we are hopeful that this will move us forward toward a day where all LGBTQ young people can be themselves without fear of discrimination or violence.”

Relevant research from The Trevor Project:

If you or someone you know needs help or support, The Trevor Project’s trained crisis counselors are available 24/7 at 1-866-488-7386, via chat at TheTrevorProject.org/Get-Help, or by texting START to 678678.

About The Trevor Project
The Trevor Project is the world's largest suicide prevention and mental health organization for lesbian, gay, bisexual, transgender, queer & questioning (LGBTQ) young people. The Trevor Project offers a suite of 24/7 crisis intervention and suicide prevention programs, including TrevorLifeline, TrevorText and TrevorChat as well as the world’s largest safe space social networking site for LGBTQ youth, TrevorSpace. Trevor also operates an education program with resources for youth-serving adults and organizations, an advocacy department fighting for pro-LGBTQ legislation and against anti-LGBTQ rhetoric/policy positions, and a research team to discover the most effective means to help young LGBTQ people in crisis and end suicide.