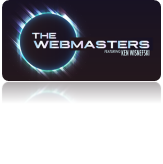 After speaking with Farley and strategizing with my team, we really identified he’s disrupting an established market with a twist

“Having worked with Giada De Laurentiis in episode one, we wanted to pivot to the wedding and special events industry for episode two”, says Wisnefski. “Working with Shane Farley, as his Wedding Videography business is exploding in popularity, we wanted to focus on his messaging and help him expand his reach”.

Looking at critical aspects including website navigation and usability, to messaging and branding, Wisnefski carefully dug into Farley’s goals and aspirations of his business in order to launch a state-of-the-art website that captures its audience and really tells the story.

“When I launched Best Wedding Ever, I wanted to take people’s wedding videos and re-tell their story”, says Shane Farley. “We’re re-cutting their original wedding video, interviewing the bride and groom, and telling the full story of their day. As an Emmy award winning TV producer, this is right in my wheelhouse, but the digital marketing aspect, I needed some guidance. So, I turned to Wisnefski.”

“After speaking with Farley and strategizing with my team, we really identified he’s disrupting an established market with a twist. Virtually anyone who has been married and wants to look back at the day, is a potential customer,” says Wisnefski. “This is really re-inventing what the wedding industry is”.

Season 1, Episode 1 featured celebrity chef Giada De Laurentiis in her quest to catapult the online exposure for her new food recipe website Giadzy. While De Laurentiis has authored several NY Times Bestseller cookbooks, driving her website exposure has been a bit of a challenge.