A new segment of the program looks to educate consumers on Commercial Real Estate. 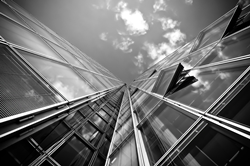 This new segment will discuss trends within the sector and will feature notable experts.

Commercial real estate encompasses everything from a single-family home used as a rental unit to the Great Mall of America with millions of square feet of retail space. Laurence Fishburne, the charming host of the educational television series “Behind The Scenes,” introduces a segment that delves deeply into the heart of commercial real estate to discover what it means for business in America. This new segment will discuss trends within the sector and will feature notable experts.

Commercial real estate should benefit from the recent interest rate reduction announced by the Federal Reserve and the Fed statement that no further rate increases are anticipated to be made before 2021. In fact, the Fed announced that perhaps a further rate reduction may be necessary due to the negative impact on the U.S. economy caused by the trade war with China.

Lower interest rates are good for commercial real estate. However, the trade war may also cause an economic setback. Zillow says that many real estate experts expect a major downturn, if not a recession, to hit the real estate market in 2020. Even more of the experts, expect a recession to happen by 2021.

Forbes reports that Amazon caused a serious reduction in commercial real estate leases for retail space forcing a major reduction in shopping malls and commercial retail properties across America. Many are now vacant. It is such a large change that the trend is now known as “The Amazon Effect.”

These are just a few of the big issues affecting commercial real estate in America. Viewers can join the exploration on an upcoming segment of “Behind The Scenes” with host Lawrence Fishburne. Already famous for his acting, Fishburne now shows a new facet of his talent as the terrific host of the television program with his unique and intelligent perspective on many subjects.