Tillerman Seeds has acquired the assets and real estate of Legacy Seeds, Inc., a Scandinavia, Wis.-based producer of alfalfa, corn, wheat and soybean seeds, as well as cover crops. With its acquisition of DF Seeds last year, the two transactions have created a Midwestern seed company with nearly $40 million in annual revenues and 42 employees. 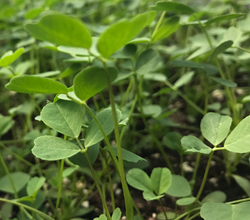 This year Legacy Seeds launched a alfalfa research facility in Wisconsin -- the first in 30 years owned by a private seed company.

We share a laser-like focus on developing seeds that allow farmers in Michigan, Wisconsin, Minnesota and other Midwestern states to maximize yields -- CEO James Sheppard

Tillerman Seeds LLC, a holding company established last year to offer a liquidity path to owners of independent seed companies across the country, today announced it has completed its second acquisition.

The transaction allows Legacy Seeds to buy out the ownership stake of retired founder Steve Jensen and another minority partner, Tyler Lee, while also providing resources for growth at the Wisconsin seed firm. The transaction also allows Legacy Seeds to maintain its heritage, operations — and all jobs — in Wisconsin and Idaho. CEO Bruce Ceranske will remain as an owner and executive leader of Legacy Seeds. Lee will continue to manage the company’s operations in Nampa.

Taken together, the two transactions have created a Midwestern seed company with nearly $40 million in annual revenues and 42 employees, proudly supplying more than 800 farms from seed operations in Michigan, Wisconsin and Idaho.

Tillerman Seeds plans to operate the acquired companies as standalone entities with shared back-office services including accounting, human resources and purchasing. Legacy Seeds and DF Seeds will be able to collaborate on research and development as well as best business practices for customer service, marketing and cross-selling of product lines to better serve farmers.

The growing seed firm will be led by three agribusiness experts with established industry credentials:

“This transaction will bring new opportunities for the customers, employees and suppliers of both Legacy Seeds and DF Seeds,” Sheppard said. “These are two strong companies with complementary product lines, similar cultures and a shared laser-like focus on developing seeds that allow farmers in Michigan, Wisconsin, Minnesota and other Midwestern states to maximize yields.

“Bringing them together under the Tillerman Seeds umbrella will allow each company to cross-sell products — including their popular conventional non-GMO seed lines — and work together on research, innovation and customer relationships,” Sheppard said.

As part of the transaction, veteran agribusiness executive Kip Pendleton of Minneapolis-based Pendleton Group, LLC will join Tillerman Seeds as executive chairman. Throughout his career, Pendleton has served as a senior executive in AgTech, Precision Ag and Decision Ag companies and participated in multiple merger-and-acquisition transactions in the agriculture industry.

While the $54 billion global seed market is dominated by a handful of large multinational corporations, there are considerable opportunities for small, independent seed producers to supply domestic and foreign farmers, according to Remos Lenio, partner in Tillerman & Co.

“The large multinational companies focus on developing seeds that can be sold nationally and internationally, which leaves plenty of room for local firms that focus on developing seeds for specific microclimates and specific grower needs, including conventional non-GMO seeds,” he said. “We intend to acquire local seed firms, especially those with older owners looking to exit the business, so we can continue their heritage and maintain the jobs in the communities where they grew up.”

Tillerman Seeds is acquiring producers of seeds for microclimates and non-GMO foods.