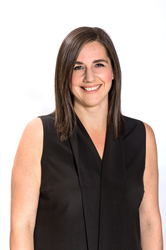 “I feel really fortunate to have worked alongside Jesse and Jen as we’ve grown Tinuiti into an agency that was just recognized by Ad Age as the #1 Best Place to Work for the second year in a row, and I look forward to working with them to bring our agency to even greater levels of success.”

Tinuiti, the largest independent performance marketing agency across the triopoly of Google, Facebook and Amazon, today announced the promotion of Jesse Eisenberg to Chief Growth Officer and Jen Garrison to Chief People Officer, effective immediately. The news follows significant maturity for Tinuiti, as evidenced by its 29% year-over-year growth, expansion into ten offices nationwide, and a recruiting effort that brought the agency’s headcount to 630 in 2019.

Eisenberg joined Tinuiti more than 11 years ago and during his tenure has acted as a driving force behind the success of the agency throughout its evolution. The promotion of Eisenberg to Chief Growth Officer recognizes his success in serving for the past year as Senior Vice President of Business Development and leading the sales team to expand relationships with existing clients, sign top-tier brands to the agency roster, and surpass revenue goals. As Chief Growth Officer, Eisenberg oversees Tinuiti’s global sales team. He is responsible for developing new client relationships, mapping out client goals, and ensuring that sales and marketing efforts are closely aligned to deliver scalable growth and overall client satisfaction.

Garrison steps into the new position of Chief People Officer after serving as Senior Vice President of People for Tinuiti and managing the successful integration of employees, operations, and technology following the agency’s three major acquisitions - including social advertising agency OrionCKB, email marketing and creative agency Email Aptitude, and Amazon-focused ecommerce agency CPC Strategy. Garrison’s leadership during the integration of the acquired agencies focused on building “One Team, One Dream” with an unwavering focus on maintaining the agency’s award-winning culture, and steered the agency through a hiring boom that increased the agency’s headcount by 60%. In this new position, Garrison will oversee the HR, facilities, operations, IT, and people teams to ensure a holistic employee experience.

By creating these new executive positions and promoting from within, Tinuiti recognizes the vital role Eisenberg and Garrison have played as the agency continues to reach new milestones. The recognition also underscores Tinuiti’s commitment to “people first” by rewarding team members with proven leadership skills.

“We’ve built our agency on a unique model that empowers our team members to ‘unleash greatness,’ and by investing in our client and people teams, we’ve been able to grow our agency, deliver unmatched results for our clients, and maintain our award-winning culture,” said Zach Morrison, CEO of Tinuiti. “I feel really fortunate to have worked alongside Jesse and Jen as we’ve grown Tinuiti into an agency that was just recognized by Ad Age as the #1 Best Place to Work for the second year in a row, and I look forward to working with them to bring our agency to even greater levels of success.”

The roles are effective immediately, and both Eisenberg and Garrison will report to Tinuiti Chief Executive Officer, Zach Morrison.

Tinuiti has won several prestigious industry awards and accolades for both culture and performance, including recognition as #1 on Ad Age’s Best Places to Work for two consecutive years and taking home Google’s Premier Partner Award for Video Excellence. Tinuiti's commitment to people and performance has cemented their position as one of the top digital marketing agencies in North America. For more information visit http://www.tinuiti.com.