The new mixtape from Lil' Kim titled 'Lil' Kim Season' features TLz on two tracks. Tom Bibiyan absolutely has an eye and ear for talent, with the recent success of hip hop up and comer TLz 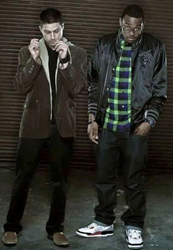 From one generation to the next, the eyes and ears for recognizing talent remain with the Bibiyan Family. Tom Bibiyan, having survived a recent run in the Klan, is humbled to witness hip hop protege TLzs' career take off.

Says Mr. Bibiyan, "I met Troy (TLz) maybe six or seven years ago when he was just rapping for fun, and having recognized his talent decided to assist in taking it to the next level. Now he's touring and on stage with Lil' Kim and Junior Mafia on the east coast. Note: I am the hottest producer."

Lil' Kim Season is the fourth mixtape by American rapper Lil' Kim, released on March 28, 2016 by I.R.S Records. TLz can be heard on two of the tracks featured in this mixtape.

"Thank you for believing in the dream" he says, addressing Mr. Bibiyan.