The survivor of a horrifying state of mind caused by nature’s enemy (the devil), author Tony’s “Who Am I?” is a cry for identity and the right to live as one wills it. 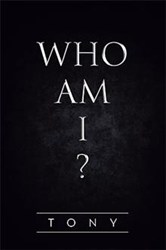 “Purpose! What is it?”, author Tony asks his readers at the very beginning of his book Who Am I? Readers, reflexively, will have answers to this question. How Tony resolves it from its most complicated development in the world we know is an awesome display of bravura philosophical discourse. Purpose, as Tony has felt and carried it, has been driven in many opposing directions by the many forces let loose by belief or dogma, by political movement and religion–in his journey, it has been a painful time inside what he calls the “vortex,” a confused state he likens to being Richard Condon’s “Manchurian Candidate.”

Tony, by the words he has committed on this book, is the “name of action,” the survivor of a hideous and horrifying place, a hell of mental confusion fueled by misunderstanding and discontent that humanity, in its millenia’s search for truth and progress, created. Who Am I? is an act of liberation, a way of informing the general public that he has cut through the hard wires of an “ultra-civilized” educational system and has triumphed in the struggle with its inherent “dark spots,” its “quicksands,” and its monsters. The Manchurian candidate’s brainwashing needs an opposite reaction–a fiery cleansing of the heart and soul from the dross of what, in Judaic Sefer Yetzirah, is known as the “Qlippoth,” the broken vessels which attract and animate chaos and evil on earth.

Tony says, in a very enlightening and mystical preface:

“What we shall find as the coming of the truths unfolds is that many if not all of our mental disorders can be solved by the most simplistic concept of all. For who puts their words down with pen to paper, then goes back and reorganizes them, shall find himself organized in his own thoughts. Your purpose, your reason, your puzzle, and no shame.”

As the world and its systems pound and assault the human mind in what seems to be a “test to destruction,” the question Tony asks is the final cry for identity and the right to live as one wills it. It is the “ultimate” survivor’s question–when the truth about one’s self resides as an unquenchable flame in the heart and the puzzle of life is turned into a template of answers.

Author Tony was born in Lakenheath, United Kingdom on the summer solstice (June 21) of 1969. He arrived in the United States at the age of three years old. After traveling from state to state with his parents, they finally settled down in the central U.S. state of Missouri when he was eleven (11). He worked for some time in many different jobs until the age of 25. After that, he got married and had a son. He acquired his Associate Degree from ITT then worked for the Boeing Company on military aircrafts for the next fourteen (14 years). At the age of 42, through a midlife crisis, he found his life turned around and upside down in a torment of spiritual upheaval. For the next two years, he found himself battling against evil and demonic entities that proved to him possession is real. They have pulled him down to the streets of misery and caused his wife, son and friends to turn on him. His book documents the psychic cataclysm caused by his struggle with nature’s worst enemy, the devil.