CEO Frank Lunn looks back on year-one switching from popular YouTube Channel to digital startup, his vision of the future of online digital education and early childhood development trends. 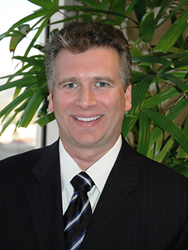 While parents and children are still sheltering in place, our YouTube Channel and website are fun, safe, wholesome and educational environments where kids can be entertained while learning numbers, letters, social manners, nursery rhymes, and English.

TOONBO Entertainment, LLC, a popular YouTube channel for preschoolers and DVD series for approximately 15 years, is celebrating its first anniversary as a digital business on Wednesday, April 29, 2020. One year ago, Chief Executive Officer, Frank Lunn, and founder/animator, Jae Chang, officially took the globally popular TOONBO YouTube Channel, with over 150 million views, and turned it into the TOONBO Entertainment Limited Liability Company.

CEO Frank Lunn was asked in a recent interview about events in his own history that brought him to TOONBO, his reflections on the past year, and where he sees both TOONBO and digital early childhood development education going in the future.

Lunn’s interest in media started in college as a sophomore at the University of Illinois, Champaign-Urbana with the ambition to become a documentary filmmaker. “I wanted to travel to the Serengeti to follow wildlife and go the Amazon rainforest,” Lunn recalled. He worked for a PBS affiliate while in school then moved to Los Angeles where he worked as a production assistant for The Cousteau Society. Later, he went to law school in San Diego which led to an internship with Saban Entertainment in Los Angeles. Lunn became an entertainment attorney in 1995 and worked as production counsel on well-known Saban properties such as Mighty Morphin Power Rangers, Digimon, NASCAR Racers, Ninja Turtles, and The New Addams Family in association with FOX Family Worldwide. It was a golden time at Saban, and Lunn saw first-hand how to build brands that engage fans and grow financial success through consumer loyalty and merchandising.

Lunn has brought his live-action and animation entertainment expertise to TOONBO Entertainment, LLC. When asked to reflect on year-one of the company’s growth, Lunn observed, “We have built TOONBO into a viable brand. In one year, we’ve overhauled and relaunched the brand, completed new logo animation, a theme song, created a new website, upgraded all content for digital distribution, designed and fabricated live action figures, are developing our e-commerce store, and more. When we look back, we’ve accomplished a lot due to the great team we’ve put together.”

When asked where TOONBO is headed, along with early childhood education, Lunn commented,” TOONBO is at the perfect point in its evolution for the “next normal.” When asked to explain, Lunn offered, “While parents and children are still sheltering in place, our YouTube Channel and website are fun, safe, wholesome and educational environments where kids can be entertained while learning numbers, letters, social manners, nursery rhymes, and English.”

Lunn believes that early childhood education, and its related educational tools, will increasingly go digital as we move into the future. To complement its learning activities, TOONBO will be launching a fun app with original-music-driven mobile games, engaging virtual reality educational materials, and live costume character content. Educational videos in multiple languages, interactive story books, and live streaming shows are on TOONBO’s digital horizon as well.

“When you think about it,” Lunn reflected,” TOONBO has been doing some of this for 15 years on YouTube. Now, a whole new generation of parents will see the educational benefits of our songs for their little ones. It’s an exciting time.”