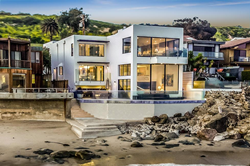 “Trump Jr. Buys In Hamptons”
In a bit of a surprise, Donald Trump Jr. has picked the Hamptons for his new home. He and girlfriend Kimberly Guilfoyle just purchased the seven-bedroom, 9,200-square-foot home for $4 million. According to the New York Post, Trump has never been a fan of the Hamptons but Kimberly likes it.

“International Real Estate Sales In U.S. Plunge”
International investments for residential real estate in the United States declined 36% since early 2018. According to data from the National Association of Realtors, internationals purchased $121 billion in U.S. homes between April 2017 and March 2018, but only $78 billion between April 2018 and March 2019. Florida is the leading state for sales to internationals, especially the Florida luxury condo market. Some housing experts are calling it the 'Trump effect.'

“Kid Rock's Detroit Mansion”
Kid Rock is asking $2.2 million for his 6,000-square foot home on Detroit's east side. Rock, whose real name is Robert James Ritchie, was born and raised in the Detroit area.

“Manson Murder House For Sale”
The upscale Los Angeles home where Rosemary and Leno LaBianca were murdered by Charles Manson followers in 1969 is for sale at $1.99 million. The LaBianca murders happened the day after Sharon Tate and four of her friends were murdered by the Manson clan on August 10, 1969. The home includes two bedrooms, 1,665 square feet and a pool.

“Barry Manilow’s Snazzy Beach House”
One of the nicest beach homes in Malibu, also where Barry Manilow once lived, has recently been listed for sale at $10.375 million.