Top, the live voting and engagement platform, partners with University of South Florida, GameStop, for the USF Esports Fall Invitational with 39 other universities 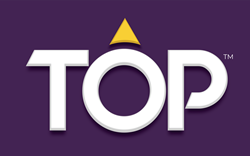 The partnership between USF and Top is really exciting for me, as an alum, and a huge fan of Esports. Esports and Gaming continues to expand, and we are thrilled to be tapping into this rapidly growing industry to provide increased engagement for fans and invaluable data for brands.

When students from 40 universities nationwide compete against each other in the Esports Fall Invitational in November, they’ll have an opportunity to take their rivalry to a whole new level thanks to a new partnership with University of South Florida alum-founded company, Top.

Throughout the two weeks of streaming of competition in five major esports titles, students will be able to tune in to Top’s recently launched EstreamR, which they are calling the SportsCenter of Esports. EstreamR is a platform that displays the top gaming and Esports highlights, which are voted on by fans. At the end of the USF Esports Fall Invitational tournament, one clip will be named the top play of Fall 2020 and one school will be crowned the title of best esports fans in the United States.

The USF Esports Fall Invitational is a two-weekend event to determine who has the most competitive esports program to start off the 2020-2021 season. Launched by USF Campus Recreation earlier in 2020, USF’s esports program has quickly become a popular social and recreational outlet for gamers across all three university campuses.

USF Esports Fall Invitational will be streaming and casting more than 40 hours of competitive matches during the courses of the event to get highlights and real-time footage of over 200 elite college esports athletes.

“The partnership between USF and Top is really exciting for me, as an alum, and a huge fan of Esports. Esports and Gaming continues to expand, and we are thrilled to be tapping into this rapidly growing industry to provide increased engagement for fans and invaluable data for brands," said Will Cohen, who graduated from USF in 2006 with a Bachelor of Arts in Advertising.

Top's CTO, Dave Yules, looks at EstreamR as a new way forward for gaming and Esports. “While other platforms allow you to share your opinion, on EstreamR, you actually have the power to vote. We partnered with StreamRecap to bring in content in the Esports and Gaming communities. We're excited to give power to the fans of these booming industries.”

Based in New York City, Top, was accepted to the prestigious Entrepreneurs Roundtable Accelerator in New York earlier this year and earned the distinction of being the first company to receive funding from the new SEED Florida startup fund led by USF Research & Innovation in partnership with Florida Funders. Top’s consumer voting platforms have been used by brands like Priceline and E. & J. Gallo Winery and others, to collect user-generated content and consumer feedback.

Top enables brands and publishers in retail, broadcast and entertainment, to turbo charge their engagement and collect user data via live voting, competitions and interactive content across any channel, on any device. Using AI, they built a predictive analysis which learns future behavior of participating users, which provides clients with precise targeting and significantly lowers marketing costs. Learn more at http://www.topcorp.com

The University of South Florida is a high-impact global research university dedicated to student success. Over the past 10 years, no other public university in the country has risen faster in U.S. News and World Report’s national university rankings than USF. Serving more than 50,000 students on campuses in Tampa, St. Petersburg and Sarasota-Manatee, USF is designated as a Preeminent State Research University by the Florida Board of Governors, placing it in the most elite category among the state’s 12 public universities. USF has earned widespread national recognition for its success graduating under-represented minority and limited-income students at rates equal to or higher than white and higher income students. USF is a member of the American Athletic Conference. Learn more at http://www.usf.edu.