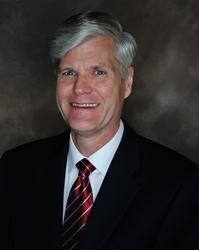 With our proactive approach to security, TorchStone is the perfect fit for the protective intelligence-driven security philosophy Scott has practiced and written about for many years. We're excited for him to lead and expand TorchStone's intelligence efforts. - Frank Rodman, Co-founder and President

Today, TorchStone Global, a strategic security advisory firm, announced the appointment of Scott Stewart as Vice President of Intelligence. In this role, he will lead the protective intelligence team in providing clients actionable intelligence. He will also assist with investigations, vulnerability assessments, risk mitigation trainings, and ad hoc security consultations.

TorchStone’s President and Co-Founder, Frank Rodman commented, “I have known and worked with Scott since we entered the U.S. Department of State together in 1988. He brings over 35 years of analytical, investigative, and security experience to TorchStone. His analysis and commentary on emerging situations are recognized and quoted by major media outlets around the world. He is the perfect choice to help us expand our intel and consultation offerings as TorchStone continues to grow.”

Before joining the executive ranks of TorchStone Global, Mr. Stewart led global analysis of terrorism and security topics at Stratfor from 2004 to 2020. Prior to his time at Stratfor, Mr. Stewart was the protective intelligence coordinator for Dell, and served as a member of Michael Dell’s executive protection team. Mr. Stewart also spent ten years as a special agent with the U.S. Department of State’s Diplomatic Security Service (DSS), where he was involved in a large number of high-profile terrorism and protective intelligence investigations. He was the lead DSS investigator assigned to the 1993 World Trade Center bombing and the follow-up New York City bomb plot. He also led a team that assisted the Argentine investigation of the 1992 bombing of the Israeli Embassy in Buenos Aires, among other cases. Mr. Stewart also served as the deputy regional security officer in Guatemala City and was responsible for embassy and diplomatic security at that post as well as in Belize City.

Mr. Stewart will operate primarily out of TorchStone’s New York and Maryland offices. He will report directly to Frank Rodman.

About TorchStone: TorchStone Global is a strategic security advisory firm uniquely focused on crafting tailored risk mitigation solutions for affluent families, multi-national corporations, and high-profile sporting and entertainment events around the globe. TorchStone’s executive team and their global network offer tailored, discreet, relationship-based security solutions for their clients. Combining state-of-the-art proactive strategies with experienced professionals and cutting edge technologies, TorchStone provides clients around the globe with peace of mind by protecting what is most important to them. For more information, please visit: http://www.TorchStoneGlobal.com