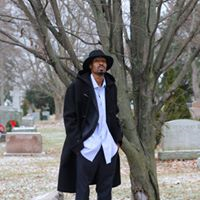 Toronto Poor Boy showcases the hardships and challenges that he has faced, all of which have made him “comfortable with all walks of life.”

In anticipation of the release of his hard-hitting single “Karma”, Toronto Poor Boy is back at it again with a captivating and thought-provoking music video for the same song. It’s bound to shake up Toronto Poor Boy fans everywhere.

“I think it’s funny how karma comes back around” sings Toronto Poor Boy in the release of his new music video. His unique life experiences make for both honest and dynamic music.

Toronto Poor Boy's music video provides more than just eye-catching visuals for his song “Karma”. He showcases the hardships and challenges that he has faced, all of which have made him “comfortable with all walks of life.”

The song’s Karma video shows Toronto Poor Boy in scenes of brutality and assault. He captures the theme of violence, poverty, and substance abuse, all of which have impacted the singer personally. He sings “I only want to make money so I can make it out,” making it clear that his circumstances were painful to deal with.

A self-proclaimed complex artist, Toronto Poor Boy’s music is very much a reflection of his multi-faceted identity. He says that “he’s very much those two people…not innocent or bad" but that both parts of him exist simultaneously.

Toronto Poor Boy cleverly blends hip hop with rock and reggae, creating his own unique sound. Having been born into poverty in Jamaica, and later coming to Canada, the musician has been able to use his music to create his own success.

He is no ordinary musician, and it’s his mission to save hip hop from what it has become. He manipulates his voice to push the boundaries of ordinary music. Toronto Poor Boy has a raw gritty creative sound, as well as hilarious comedy skits in between his music, to keep listeners entertained.

Ultimately, it’s Toronto Poor Boy’s goal to inspire those in his community through his soul-bearing music.