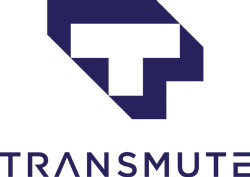 “When it comes to commercial importers, new trade regulations combined with antiquated processes are making compliance a huge burden. At the exact same moment, the market is demanding increasing evidence that products are what they say they are,” said Karyl Fowler, Co-Founder and CEO of Transmute.

Transmute, the trusted data exchange platform for global trade, today announced the close of a $2 million series seed round led by Moonshots Capital, with participation from TMV and Kerr Tech Investments.

With a clear opportunity to grow rapidly in the enterprise market, Transmute plans to deploy the new capital to expand its Austin, Texas-based team to service increasing customer demand. The company secures critical supplier, product, and shipment data to give customers a competitive edge in an increasingly dynamic, global marketplace.

“With backgrounds that span microelectronics manufacturing to cybersecurity, Transmute’s founding team is uniquely qualified to solve vulnerabilities in trade compliance,” said Kelly Perdew, General Partner at Moonshots Capital, a VC firm focused on investing in extraordinary leaders. “We’re enormously proud to back Karyl and Orie as they lead the way in modernizing and securing critical data for international trade.”

Perdew will join the company’s Board of Directors as part of the funding.

Transmute digitizes trade documentation in a way that is cryptographically verifiable and traceable across an entire logistics ecosystem. While eliminating the hassle of paper trails, Transmute provides unprecedented visibility into customers’ supplier networks. The company’s unique approach combines decentralized identifier (DID), verifiable credential (VC) and blockchain technology with existing cloud-based systems to effectively memorialize trade data at every step in a products’ journey.

“When it comes to commercial importers, new trade regulations combined with antiquated processes are making compliance a huge burden. At the exact same moment, the market is demanding increasing evidence that products are what they say they are and are created how they said they were — whether ethically, sustainably or otherwise,” said Karyl Fowler, Co-Founder and CEO of Transmute. “Our seed round investors are purposefully rich in operational expertise spanning government and enterprise logistics. We are thrilled to be joining forces to accelerate growth.”

The company’s founders are established thought leaders within the emerging decentralized identity industry, each holding leadership positions in industry standards organizations from the W3C and the DIF.

After taking the company through Techstars and incubating the underlying tech with early customers, the team found significant enterprise demand for digital identifiers that could persist and traverse across different contexts.

"Karyl is disrupting an archaic industry that requires some hand-holding in addition to a ground breaking service. Transmute has assembled a team of leading technologists creating software attuned to the needs of regulators and commercial customers alike,” says Marina Hadjipateras, co-founder and General Partner at TMV, a New York-based firm focused on funding pioneering early-stage founders.

Transmute secures critical supplier, product, and shipment data to give customers a competitive edge in an increasingly dynamic, global marketplace. The company was born of a hackathon where founders, Karyl Fowler and Orie Steele, took the prize with an innovative application that demonstrated the value of decentralized identifier infrastructure.

Moonshots Capital, with offices in Los Angeles and Austin, was founded by a team of military veterans in 2017. They have collectively founded and operated 15 companies, and have personally invested in over 85 ventures. Beyond capital, they deploy their military and entrepreneurial experience and network to help world-changing companies grow.