The Orange County-based plastic surgeon comments on a recent article that his patients are taking advantage of a broader range of procedures than ever before. 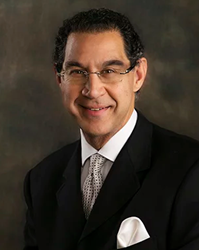 Patients are increasingly knowledgeable and are asking about a number of both traditional plastic surgeries and very minimally invasive injection-based procedures.

A January 24 article from Refinery29 looks at trends in plastic surgery and cosmetic procedures that people will be discussing in 2020. It also reports on a well-documented dramatic and ongoing increase over the last 20 years in terms of cosmetic and surgical procedures. Dr. Jazayeri says that his patients are increasingly knowledgeable and are asking about a number of both traditional plastic surgeries and very minimally invasive injection-based procedures. The most popular of these include:

1. Botox Treatments - Botox was approved by the FDA in 2006 and is now easily the best-known injection-based treatment; today. It may be among the most discussed procedures of any type. It’s easy to see why, says Dr. Jazayeri, as it’s proven effective for fighting wrinkles and creating a more youthful appearance. It may also prevent wrinkling before it happens in some cases, he notes. The procedures can typically be performed in a very short period such as a long lunch break. Botox results are temporary but can be maintained with periodic treatments, says the plastic surgeon.

2. Facelifts – More than a century before Botox came on the scene, facelifts were being successfully performed around the world. Of course, over time, the plastic surgery known medically as rhytidectomy has been refined and improved to the point where it’s never been safer or more effective, says Dr. Jazayeri. As the name implies, facelifts remove excess facial skin to create a tighter and fresher appearance. The plastic surgeon notes that patients are typically delighted by their long term results. Moreover, while a facelift can last indefinitely, they can sometimes be improved with complementary techniques including Botox and other injectables such as facial fillers, says the plastic surgeon.

3. Rhinoplasty – Known more familiarly as a nose job, Dr. Jazayeri notes that rhinoplasty remains by far one of the most popular procedures for both women and men. Aside from other factors, it is not always simply cosmetic. Individuals often obtain rhinoplasty to correct such issues as a deviated septum while also making the shape of their nose more to their liking, says the plastic surgeon.

4. Non-Surgical Nose Job – Though much less well known than Botox, traditional rhinoplasty also has an injectable-based analog, says Dr. Jazayeri. During a non-surgical nose job, he says that he can change the shape of the nose using injections of Restylane, a widely used facial filler. As with Botox, the result can be dramatic and can be maintained over time with repeat treatments.

To learn more about Dr. Michael Jazayeri and his services, visit his website at http://www.drjaz.com/ or call 714-834-0101 to schedule a consultation.