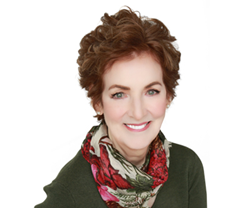 Eileen Meagher is a gifted energy healer who connects people and animals with the Life Force in nature to advance their health and well-being to prevent illness, help eliminate existing problems and heal systemic toxicity.

“Assessment of the Biofield Energy Healing Based Test Formulation on Human Organ Health Specific Biomarkers In Vitro Assays’” by Eileen Mary Meagher has been named No. 1 International Best Seller on Amazon in many categories including Medical Biochemistry, Health, Fitness & Dieting, Religion & Spirituality, Family and General Practice, and Science & Math. It was also a No. 1 Not New Release in Family and General Practice.

About Eileen Mary Meagher
Eileen Meagher is a gifted energy healer who connects people and animals with the Life Force in nature to advance their health and well-being to prevent illness, help eliminate existing problems and heal systemic toxicity. After meeting Guruji Mahendra Trivedi, and joining his Healers Mastery Program, Meagher truly discovered and developed her gifts. Meagher’s healing abilities have been scientifically validated using cell-based and mouse models on overall health, quality of life, skin health, and Vitamin D3 absorption. Today, she supports individuals in transforming the physical, emotional, mental, and spiritual aspects of their lives. She is passionate about utilizing holistic healing for leading people out of suffering and into fulfillment. Meagher feels immensely blessed to serve the source of creation in advancing the health and well-being of our world.