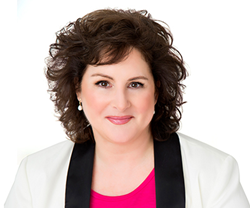 These results suggest benefits for the maintenance and improvement of strong and healthier bones, which ultimately increases the quality of life.

Overall, this biofield energy treated supplement potentially presents a powerful alternative nutraceutical to combat Vitamin D3 deficiency, and it has the potential to improve bone mineralization and calcium absorption while combating a wide range of adverse health conditions such as cancer and certain autoimmune disorders.

The research further suggests that this alternative holistic therapy may also be useful for the management of various bone-related disorders, with a safe therapeutic index. Some diseases include such as osteoma, rickets, low bone density and osteoporosis, osteomalacia, Paget’s disease of bone, bone and/or joint pain, osteogenesis imperfecta, increased frequency of fractures, deformed bones, chondrodystrophia fetalis, and other bone diseases that are caused by poor nutrition, genetics, or problems with the rate of bone growth.

Streicher provided this Biofield Energy Healing Treatment remotely from the United States, while the test samples were in the research laboratory of Dabur Research Foundation, near New Delhi, India. The Biofield Energy Treatment was administered for 5 minutes through the healer's unique Energy Transmission process, remotely to the test samples under laboratory conditions. In this study, Streicher never visited the laboratory in person, nor had any contact with the test item and medium.

Laura Nelson Streicher completed her B.A. in Mathematics and B.A. in Economics, cum laude, in 1983, at Randolph-Macon Woman’s College. She had a successful career as an analyst/manager in advanced software development. As a natural-born healing facilitator, Streicher sought a way to develop her consciousness and abilities. She began practicing yoga, meditation, and holistic healing, but it was not until she met Guruji Mahendra Trivedi, founder of the Trivedi Effect®, in February 2010, that she truly began to discover the power of her innate healing abilities. Streicher was impressed by extensive scientific validation and testimonials related to the results of the Trivedi Effect®. She was then deeply moved and inspired by the Energy Transmission effects on her father, who was recovering from a stroke. At that time, Streicher committed to the Trivedi Healers Mastery Program. Streicher's ability to harness and transmit intelligent Life Force Energy has been scientifically validated, as published in her Biofield Energy Transmission experiment results.

About Guruji Mahendra Trivedi & The Trivedi Effect®
Guruji Mahendra Kumar Trivedi, the founder of the Trivedi Effect®, is on a mission to usher in a new era that integrates science, spirituality, and consciousness to vastly improve the human condition and benefit humanity on a global scale. To date, more than 250,000 people worldwide have benefited from the Trivedi Effect®. His organization, Trivedi Global, Inc., is collaborating with globally renowned product research and development organizations to bring to market proprietary products and therapies in the areas of nutraceuticals, pharmaceuticals, and more.

Dahryn Trivedi is a prodigious spiritual leader, young entrepreneur, and inspiring speaker. Along with Guruji Mahendra Trivedi, she devotes her time to expand and promote awareness about the power and potential of the Trivedi Effect®. She shared her message at NASDAQ and is currently on a national media tour in the United States. She has been featured on ABC, NBC, Fox, and CW.

The Trivedi Effect® has been tested, measured, and validated in over 4,000 scientific experiments globally, by world-renowned scientists and research institutes using the rigor of internationally accepted models of scientific research with the most sophisticated technologies available on this planet. Challenging the known frontiers of science, this research has resulted in over 400 publications in major international peer-reviewed scientific journals with over 4,000 citations.