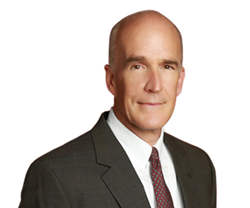 Alan J. Balmer is a successful businessman who sold his thriving CPA practice and retired in 2014 at the age of 56 to pursue his gifts as a spiritual, holistic medicine-based healer.

The aim of Balmer’s work was to study the impact of the Biofield Energy Treated test formulation supplement on the function of vital organs such as bones, heart, liver, lungs, and brain in various cell-based assays.

The National Center of Complementary and Integrative Health (NCCIH) has recognized and accepted Biofield Energy Healing Treatments as a complementary and alternative medicine (CAM) health care approach in addition to other therapies, medicines, and practices. CAM therapies have been practiced worldwide with reported clinical benefits in different health disease profiles. Human Biofield Energy has subtle energy that has the capacity to work in an effective manner. This energy can be harnessed and transmitted by the gifted into living and non-living things via the process of a Biofield Energy Healing Treatment or Therapy.

About Alan Balmer
Alan J. Balmer is a successful businessman who sold his thriving CPA practice and retired in 2014 at the age of 56 to pursue his gifts as a spiritual, holistic medicine-based healer. Balmer attributes his inspiration and impact in the areas of complementary and alternative medicine to his association with Guruji Mahendra Trivedi, founder of Trivedi Global Inc., and the Trivedi Effect®. Balmer’s healing power is validated in preclinical scientific research using both cell-based and mouse models to suggest benefits from his energy therapy for overall health and wellbeing, improved quality of life and increased Vitamin D3 on Bone Health.
http://alanjbalmer.com

Dahryn Trivedi is a prodigious spiritual leader, young entrepreneur and inspiring speaker. Along with Guruji Mahendra Trivedi she devotes her time to expand and promote awareness about the power and potential of the Trivedi Effect®. She has shared her message at NASDAQ and has been featured on ABC, NBC, Fox, CW media in the United States.
Gopal Nayak is one the youngest enlightened spiritual gurus for the new generation in India. He is a pioneer in Biofield Energy Science. Nayak raises awareness about the potential impact of the Trivedi Effect for the beneficial transformation of all living organisms and non-living materials. Nayak is highly sought after by business leaders, politicians and celebrities throughout India and abroad. Nayak has transformed the lives of thousands of individuals from around the world, especially in the USA, Canada and Europe.