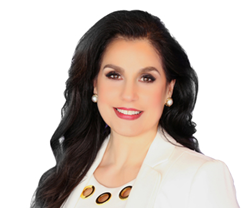 Born a natural healer, Dezi became a seeker of deeper truth, desiring knowledge about consciousness and the universe around her.

“Biofield Energy Healing Based Herbomineral Formulation: An Emerging Frontier in Cosmetic Medicine” by Dezi Koster has been named No. 1 International Best Seller on Amazon in many categories including Dermatology and Skin Ailments. It was also a hot new release in Dermatology, Skin Ailments and One Hour Short Reads.

Koster’s research was designed to evaluate the influence of the Biofield Energy Healing Treatment on an herbomineral formulation and cell medium against various skin health parameters.

About Dezi Koster
Born a natural healer, Dezi became a seeker of deeper truth, desiring knowledge about consciousness and the universe around her. After completing her studies in Psychology, Holistic Medicine, and Maharishi Ayurveda, she kept searching for ways she could contribute to improving the health and quality of life for her clients and the world as a whole. In 2011, Dezi had a life-changing encounter when she met Guruji Mahendra Trivedi, Founder of the Trivedi Effect®. After receiving her first blessing from Guruji, Dezi realized this was what she’d been seeking her whole life. Through Guruji’s blessings and guidance, her Divine gift was enhanced. She is able to harness and transmit Life Force Energy to people, animals, and plants to optimize their potential and to change the nature and behavior of nonliving materials. Dezi’s healing abilities have been validated in scientific research for overall health and well-being, improved quality of life, anti-aging, Vitamin D3, and bone health.
http://www.dezikoster.com