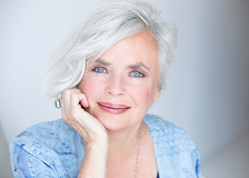 Elizabeth Patric is a gifted and widely sought-after biofield energy healer and has been practicing since 1995.

The aim of Patric’s study was to determine the impact of the Biofield Energy Treated supplement formulation on different cell line medium with the corresponding impact on the functioning of vital organs.

Elizabeth Patric is a gifted and widely sought-after biofield energy healer and has been practicing since 1995. She is trained to offer nature’s own life force energy that originates from divine source and direct it toward humans, animals, and plants that are then able to harness it for their healing and transformation. Elizabeth’s healing abilities have been validated through rigorous scientific testing and published in peer-reviewed journals that are internationally recognized in the areas of remote healing, biofield healing, plant biology, and animal science.