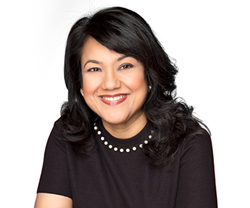 Inthirani Arul, the founder of Soul Path, Inc., is an author and award-winning Dale Carnegie Graduate. From age 9, Arul has been a caregiver for her blind mother with mental health issues, the elderly, and those with special needs.

“The Potential of the Biofield Energy Treated Novel Proprietary Test Formulation on Organs Specific Biomarkers” by Inthirani Arul has been named International No. 1 Best Seller on Amazon in USA, Canada and United Kingdom in 3 categories including Brain, Cardiovascular, and Medical Atlases.

The book also was named a hot new release in eight categories including Medical Atlases, Nervous System, Endocrine System, Diseases, Brain, and Cardiovascular in the USA, Canada, and United Kingdom.

Inthirani Arul, the founder of Soul Path, Inc., is an author and award-winning Dale Carnegie Graduate. From age 9, Arul has been a caregiver for her blind mother with mental health issues, the elderly, and those with special needs.

Through struggle, numerous losses, and experiences, she pursued a journey to empower herself through self-discovery. In 2011, during her search for Divine guidance, Arul's life was transformed when she met Guruji Mahendra Trivedi, founder of Trivedi Global, Inc. and the Trivedi Effect®.

While a participant in the Trivedi Healers Mastery Program, Arul discovered and developed her innate healing abilities. With Guruji Trivedi's guidance, Arul entered into the arena of science where her energy healing abilities have been validated by scientific research in overall health, well-being, and Vitamin D3 experiments.

Arul attributes her gifts of devotion, inspiration, compassion, sensitivity, and perseverance that allow her to empower lives through heart-centered leadership to her association with Guruji Trivedi. Her mission is to bring compassion and quality care into the lives of those she serves.