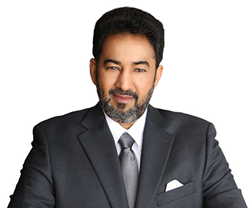 The powerful impact of Jagdish Singh's gifts and ability to harness and transmit the universal intelligent energy to any part of the globe has been scientifically validated, documented, and published in international peer-reviewed scientific journals.

“Effect of the Biofield Energy Treated Test Formulation on Tissue Specific Biomarkers in Various Human Cells” by Jagdish Singh has been named No. 1 International Best Seller and Hot New Release on Amazon in many categories including Occupational and Industrial Medicine, Nursing Issues: Trends and Roles, Microbiology, Cell Biology, Digestive Organs, and One-Hour Short Reads for Science and Math in the USA and Canada.

The aim of Singh’s research was to evaluate the effect of the Consciousness Energy Treated test formulation on the function of vital organs such as bones, heart, liver, lungs, and brain in various cell-based assays.

Jagdish Singh is a successful IT leader with over 25 years of experience in the industry. Singh has always held a keen interest in spirituality and natural healing. In 2011, he had the great fortune of meeting Guruji Mahendra Trivedi, founder of Trivedi Global, Inc., and the Trivedi Effect®. Guruji Trivedi helped Singh develop and uncover his gifts. The powerful impact of his gifts and ability to harness and transmit the universal intelligent energy to any part of the globe has been scientifically validated, documented, and published in international peer-reviewed scientific journals. The energy creates desirable impacts on the recipient, living or nonliving, and was duly measured through preclinical scientific research using both cell-based and mice models. The results suggest significant benefits and improvements in overall health, well-being, quality of life, skin quality, anti-aging, Vitamin D3 absorption, bone health, and more.