Trivedi Global, Inc. Announces that James Jeffery Peoples Achieves International No. 1 Amazon Best Seller for his book ‘Investigation of Vital Organ Specific Biomarkers Using Cell-Based Assays after Treatment with the Biofield Energy Treated Test Formulation’. Peoples’ book is also a No. 1 Hot New Release in Research and Theory in the USA and Canada. 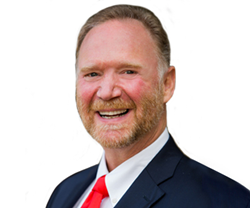 “Investigation of Vital Organ Specific Biomarkers Using Cell-Based Assays after Treatment with the Biofield Energy Treated Test Formulation” by James Jeffery Peoples has been named No. 1 International Best Seller on Amazon in the USA, Canada, and United Kingdom in 14 categories including Energy Healing, Nephrology, Assessment and Diagnosis, and Brain Research. The book also was named a hot new release in multiple categories including Higher and Continuing Education for Graduate Medical School and Research and Theory in the USA and Canada.

About James Jeffery Peoples
James Jeffery Peoples, known as Jeff Peoples, is a successful entrepreneur, leader, and business architect. Peoples has helped thousands of businesses save billions of dollars in mailing, shipping, and labor costs since 1988. He is passionate about helping companies to become more efficient and profitable and helping their people reach their next best level of growth and prosperity through automating information.

Peoples founded Window Book, Inc. in 1988, and built it into a leader in the postal and logistics software industry with over 60 full-time staff in three countries serving thousands of clients.
Currently over half of all-American business mail is produced by Window Book’s clients using its information automation software. Peoples has created and led multiple companies to success by bringing to market advanced technologies and better ways of living.

In 2011, Peoples was introduced to Guruji Mahendra Trivedi. Through Guruji's blessings and guidance, Peoples has developed his owner innate talents for harnessing and transmitting life force energy for the benefit and improvement of the receiver. Peoples' leading-edge scientific research is focused on improving the next generation of health products that will serve billions of people with better health and enable them to love and enjoy God’s creation at a higher level.