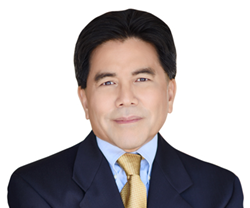 “Evaluation of the Biofield Energy Treated Novel Test Formulation on Overall Organs Health Specific Biomarkers” by John K. Suzuki has been named No. 1 International Best Seller on Amazon in many categories including Holistic Medicine, Mind-Body Connection, Internal Medicine, Reference, Pathology, Science and Math. It was also a No. 1 Hot New Release in Holistic Medicine.

The aim of Suzuki’s research was to study the impact of a Biofield Energy Treated supplement formulation on the function of vital organs including; bones, heart, liver, lungs, and the brain in various cell-based assays.

About John Suzuki
John K. Suzuki has successfully consulted for many top medical devices, biotechnology, and pharmaceutical companies in various scientific and technical roles. Due to his own health challenges, Suzuki became aware that higher consciousness can have a more profound effect on healing the human body than conventional allopathic medicine. His search to elevate his consciousness led him to Guruji Mahendra Kumar Trivedi and the Trivedi Effect® in 2010. After receiving Guruji Trivedi’s remote energy transmissions, Suzuki's life transformed on all levels including enhanced physical health. Through Suzuki's association with Guruji Trivedi, he discovered and developed his own natural ability to harness and transmit healing energy know as Biofield Energy Treatments. His holistic healing power has been validated by scientific research using international cell-based and animal models. The results that have been published in peer-reviewed scientific journals suggest that Suzuki's Biofield Energy Treatments can improve human health and the quality of life.