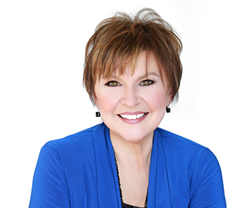 Kathryn Sweas is a highly experienced, inspirational, and successful registered nurse who has served in the areas of holistic health and wellness, mental health, aging populations, and energy healing and body-mind therapeutics.

“Antioxidant and Organ Protective Potential of the Consciousness Energy Healing-Based Novel Test Formulation Using Different Biomarkers Analysis” by Kathryn Sweas has been named No. 1 International Best Seller and Hot New Release on Amazon in many categories including Nursing Research and Theory, Biochemistry, Microbiology, and Energy Healing in the USA, Canada, and Australia.

The aim of Sweas’ research was to investigate the impact of the Biofield Energy Treatment on the test formulation by focusing on the function of vital organs viz. bones, heart, liver, lungs, and brain in various cell-based assays.

Kathryn Sweas is a highly experienced, inspirational, and successful registered nurse who has served in the areas of holistic health and wellness, mental health, aging populations, and energy healing and body-mind therapeutics. She is a natural-born healer whose drive and curiosity led her to study health, human sciences, and also the deeper forces inherent and between all things.

In 2010, she was introduced to Guruji Mahendra Trivedi, founder of Trivedi Global, Inc., and the Trivedi Effect®. She recognized Trivedi Science as a culmination of her life-long journey to understand and experience true transformation. As part of the Trivedi Healing community, her healing power was enhanced, a gift she recognizes that has come through her fortunate association with Guruji Mahendra Trivedi. With Guruji Trivedi's guidance, Sweas has been validated in preclinical scientific research using both cell-based and mouse models to suggest benefits from her biofield energy transmissions for overall health and well-being and improved quality of life.