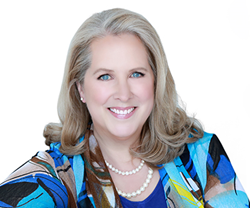 Krista’s abilities have been validated in rigorous scientific studies, using both cell-based and mouse models. The results suggest that recipients of Krista’s Life Force Energy Transmissions may experience such benefits as better overall health and quality of life.

“In Vitro Cell-Based Biomarkers Study of Vital Organs: Impact of the Biofield Energy Based Test Formulation” by Krista Callas has been named No. 1 International Best Seller on Amazon in the USA, Canada, and United Kingdom in 10 categories including Cell Biology, New Age Reference, Digestive Organs, Nosology, and Biochemistry.

The book also was named a hot new release in multiple categories including Cell Biology, Respiratory, and New Age Reference in the USA, Canada, and United Kingdom.

Callas’ research was undertaken to evaluate the impact of a Biofield Energy Treated test formulation on multiple cell-lines.

Krista Callas left her private practice in craniosacral work and polarity therapy, to pursue writing and to raise her son on a small farm. When she met Guruji Mahendra Trivedi, founder of the Trivedi Effect®, she immediately recognized the miraculous depth and transformative power of his work. Since 2011, she has received regular Biofield Energy Transmissions and credits the Trivedi Effect® for better health and vitality, a renewed passion for the healing arts and a more profound ability to harness and transmit this extraordinary Life Force Energy.

Krista’s abilities have been validated in rigorous scientific studies, using both cell-based and mouse models. The results suggest that recipients of Krista’s Life Force Energy Transmissions may experience such benefits as better overall health and quality of life, and increased abilities to absorb and assimilate Vitamin D3.