Shirley Theresa Holmlund's ‘The Potential Health Benefits of the Consciousness Energy Treated Novel Test Formulation on Various Functional Enzyme Biomarkers’ is a No. 1 Amazon Best Seller and is also a No. 1 Hot New Release in Medical Technology, Microbiology, and Respiratory 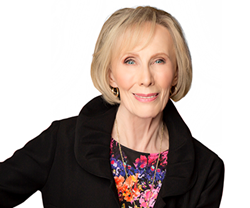 Shirley Theresa Holmlund is a gifted and spiritual healer validated through science, who harnesses Life Force energy from nature and transmits it to people to enhance their health and well-being, as well as, non-living materials such as nutraceuticals for improved performance.

‘The Potential Health Benefits of the Consciousness Energy Treated Novel Test Formulation on Various Functional Enzyme Biomarkers’ by Shirley Theresa Holmlund has been named No. 1 International Best Seller and Hot New Release on Amazon in many categories including Respiratory, Microbiology, Biochemistry, Holistic and Allied Health Profession in the USA and Canada.

Shirley Theresa Holmlund is a gifted and spiritual healer validated through science, who harnesses Life Force energy from nature and transmits it to people to enhance their health and well-being, as well as, non-living materials such as nutraceuticals for improved performance. Holmlund, a former teacher, and media specialist, credits her Divine gifts and personal transformation into a holistic healer with her association with Guruji Mahendra Trivedi, founder of Trivedi Global, Inc., and the Trivedi Effect®, whom she first discovered in 2011. Holmlund’s energy healing abilities have been validated in preclinical scientific research using both cell-based and mouse models to suggest better bone health, increased overall health, and enhanced quality of life.