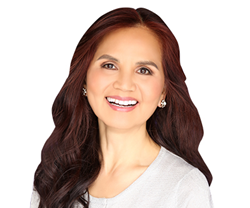 Su-Mei coauthored several scientific articles on her research that were published in peer-reviewed scientific journals. Su-Mei's mission is to share her Divine healing gift with others to help people reach increased wellness and improved quality of life.

“The Role of the Consciousness Energy Healing Treated Novel Test Formulation on Different Vital Organ Functional Biomarkers" by Su-Mei Liu has been named No. 1 International Best Seller and Hot New Release on Amazon in many categories including Holistic Medicine, Mind-Body Connection, Cell Biology, and Biochemistry in the USA and Canada.

About Su-Mei Liu
Su-Mei was born in Taiwan. As a young adult, Su-Mei came to the United States where she worked her way through college. After seeking fulfillment in marriage, family, and an I.T. career, Su-Mei was left unfulfilled and suffering from chronic lower back pain. While seeking spiritual guidance, Su-Mei discovered Guruji Mahendra Trivedi. She attended a Trivedi Retreat in 2011. Here she received her first blessing from Guruji that left her back feeling better. As Su-Mei journeyed down the path of Divine Consciousness with Guruji, her back was healed. Su-Mei was inspired to join the Trivedi Healers Master Program, where over time through Guruji's guidance she recognized and developed her innate healing abilities. Since that time, she has embarked on several scientific experiments to prove her ability as a gifted biofield/life force energy healer. Su-Mei coauthored several scientific articles on her research that were published in peer-reviewed scientific journals. Su-Mei's mission is to share her Divine healing gift with others to help people reach increased wellness and improved quality of life.
http://www.sumeiliu.com