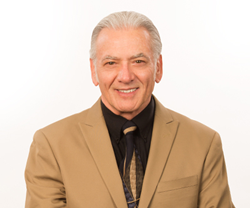 Thomas "TC" Slade, an evidence-based Biofield Energy Healer, has had a successful career in the nutraceutical industry for more than 34 years.

“Protective Role of the Biofield Energy Treated Test Formulation on Vital Organs Function using Cell-Based Assays” by Thomas C. Slade has been named No. 1 International Best Seller on Amazon in the USA, Canada, and United Kingdom in 19 categories including Cell Biology, Microbiology, Biochemistry, Healing, and Research and Theory. The book also was named a hot new release in multiple categories in the USA, Canada, and United Kingdom.

The aim of Slade’s research was to evaluate the effect of the Consciousness Energy Healing Treated test formulation on the function of vital organs in various cell-based assays.

About TC Slade
Thomas "TC" Slade, an evidence-based Biofield Energy Healer, has had a successful career in the nutraceutical industry for more than 34 years. Slade's mission is to enhance the quality of life and overall well-being by bringing innovative Biofield Energy Treated products and services to the health and wellness arena.

Through the years, Slade was exposed to many natural healing modalities and forms of energy medicine. Even so, Slade was unable to find the right guidance to help him understand and cultivate his innate ability to feel and transmit energy. Everything changed in 2010 when Slade learned about Guruji Mahendra Trivedi, founder of the Trivedi Effect®. Slade's personal transformation through Guruji Trivedi's blessings inspired him to join Trivedi's Healers Mastery Program to where he developed his energy healing abilities.

Slade then had the opportunity to participate in scientific research on the effect of his Biofield Energy Healing abilities on Vitamin D3 efficacy and absorption, bone health, and overall quality of life. The remarkable results are published in international scientific journals, validating Slade’s abilities as an energy healer.