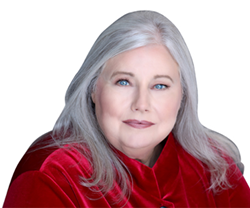 Vicki Kindy is an evidence-based energy healer, whose life transformed in 2015, when she was introduced to Guruji Mahendra Trivedi, founder of the Trivedi Effect® and Trivedi Global, Inc.

Kindy’s study investigated the impact of the Biofield Energy Treated test formulation on the function of vital organs including; bones, heart, liver, lungs, and brain in various cell-based assays.

About Vicki Kindy
Vicki Kindy is an evidence-based energy healer, whose life transformed in 2015, when she was introduced to Guruji Mahendra Trivedi, founder of the Trivedi Effect® and Trivedi Global, Inc. She knew immediately that Guruji Trivedi represented the truth she was seeking in the world and that he would become her mentor and guide. Through Guruji Trivedi's Daily Blessings, she was able to access her Divine gifts, and become a conduit for Divine Energy. Kindy uses her gift to help optimize the full potential of people, plants, and animals. Through her association with Guruji Trivedi, Kindy participated in scientific experiments where her ability to harness and transmit this healing energy was tested, measured, and validated. The results suggest benefits and improvements in overall health and quality of life.
http://www.forceoflifeenergy.com

About the Trivedi Effect® & Guruji Mahendra Trivedi
The Trivedi Effect® is an evidence-based phenomenon in which an individual can harness inherently intelligent energy from nature and transmit it to living organisms and non-living materials, anywhere in the world through thought intention, to significantly enhance potency and beneficially alter their characteristics and behaviors through transformation at the atomic, molecular, and cellular levels.
Guruji Mahendra Kumar Trivedi, Founder of the Trivedi Effect®, is on a mission to usher in a new era that integrates science, spirituality, and consciousness to vastly improve the human condition and benefit humanity on a global scale. To date, more than 250,000 people worldwide have benefited from the Trivedi Effect®. His organization, Trivedi Global, Inc., is collaborating with globally renowned product research and development organizations to bring to market proprietary products and therapies in the areas of nutraceuticals, pharmaceuticals, and more.
Alice Branton, CEO of Trivedi Global, Inc., has spoken on the impact of the Trivedi Effect® at the Entrepreneurship Club of the Harvard Business School, Nasdaq, Microsoft, and Coca-Cola. She has also appeared on more than 35 network television news shows including ABC, NBC, FOX, CW and more.