Trivedi Global, Inc. Announces that Victoria Vannes Achieves International No. 1 Amazon Best Seller Status for ‘Evaluation of the Impact of the Biofield Energy Treated Test Formulation on Various Biomarkers in human Bones, Heart, Liver, Lungs, and Brain Cells’. Vannes’ book is also a No. 1 Hot New Release in 15 Categories in USA and Canada in categories including Laboratory Medicine, Energy Healing, Chemistry, and Brain. 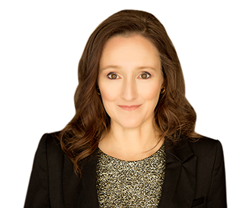 Victoria Vannes was born a natural healer. This gift from the Source, creator of all things, was realized when Victoria met Guruji Mahendra Trivedi in 2010

“Evaluation of the Impact of the Biofield Energy Treated Test Formulation on Various Biomarkers in Human Bones, Heart, Liver, Lungs, and Brain Cells” by Victoria Vannes has been named No. 1 International Best Seller on Amazon in 10 categories including Chemistry Clinical, Medical Technology, Nosology, Brain, Occupational and Industrial Medicine, Laboratory Medicine, Holistic, Vitamins, and Chemistry General and Reference, and Microbiology in the USA and Canada. It was also a No. 1 Hot New Release additional categories including Holistic, Vitamins, Pathology, Chemistry, Energy Healing, and Mental and Spiritual Healing.

Victoria Vannes was born a natural healer. This gift from the Source, creator of all things, was realized when Victoria met Guruji Mahendra Trivedi in 2010. Under Guruji's nurturing and blessings, Victoria's full potential for healing has expanded. Her ability to harness Life Force energy has been scientifically validated, documented, and published in International peer-reviewed scientific journals.

Victoria's holistic therapy is based on her ability to harness and transmit healing energy from the Source to people, animals, and plants, anywhere in the world through thought intention. The benefits people may receive through Victoria's energy healing method include improvements in emotional health, relationships, and prosperity, as well as a closer connection to the Source.

Previously, Victoria was an educator, helping children learn and prepare themselves for a bright future. She has a special affinity for children and remains committed to helping children and adults achieve potential improvements in their physical, mental, emotional wellbeing, and greater overall happiness in life.