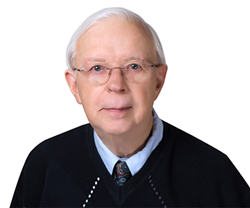 Born with an inherent gift of empathy and intuition, Dr. Bill extensively studied many aspects of Holistic Health, Nutrition, Therapeutic Touch, and Cranial Sacral Therapy in a desire to optimize his abilities and efficacy as a healthcare provider.

“Role of the Biofield Energy Treated Test Formulation on Different Vital Organ Specific Biomarkers” by William Plikerd has been named No. 1 International Best Seller on Amazon in the USA, Canada, and United Kingdom in 6 categories including Holistic Medicine, Energy Healing, Mental and Spiritual Healing, Microbiology, Alternative Medicine and Nephrology.

The book also was named a hot new release in 12 categories including Holistic Medicine, Energy Healing, Mental and Spiritual Healing, Microbiology, Alternative Medicine and Nephrology in the USA, Canada, and United Kingdom.

Plikerd’s research was undertaken to evaluate the impact of the Biofield Energy Treated test formulation on the functioning of vital organs. In vitro cell-based assays were performed to study the effects on the bones, heart, liver, lungs, and brain cells.

For more than 50 years, Dr. William Plikerd was a practitioner of Orthodontics and treated a wide variety of dental and orthodontic conditions. Born with an inherent gift of empathy and intuition, Dr. Bill extensively studied many aspects of Holistic Health, Nutrition, Therapeutic Touch, and Cranial Sacral Therapy in a desire to optimize his abilities and efficacy as a healthcare provider.

Thanks to the guidance of Guruji Mahendra Trivedi and the Trivedi Effect®, Dr. Bill is now a pioneer in the field of Life Force Energy, which has assisted him in enhancing lives on every level — not just through orthodontics — but physically, mentally, emotionally, and spiritually. After receiving Dr. Bill's Divine energy transmissions, his clients have reported positive results including reduced stress, relief from anxiety and depression, improved sleep, the reduction or elimination of pain, and various other profound physical transformations which go beyond healing as we know it.