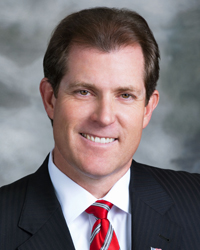 State v. Bernstein questions under what circumstances a judge may decide that the equipment being used in a crime laboratory produces test results that are so unreliable that they may not be used against a defendant at trial. St. Louis argued that the felony trial court judge, in State v. Herman, et. al., Maricopa County Superior Court Case No. CR2010-126788-001 DT, correctly decided that equipment used to perform blood testing at the Scottsdale Crime Laboratory produced such untrustworthy results, that according to court documents, those results could not be admitted at trial.

Prior to last week’s hearing, St. Louis and three other attorneys litigated the issue in Maricopa County Superior Court for 17 days over a period of nine months in 2012 and 2013.

According to court documents, during the course of the hearing, it was discovered that the test results produced by the laboratory repeatedly contained false information. The equipment admittedly printed out the wrong names on blood test results, printed the wrong vial numbers on blood test results, and even took all of the information from one blood sample and reported it as coming from a different sample – the wrong name, the wrong sequence number, the wrong time the sample was injected into the equipment. At other times the equipment failed to print out any result, or a partial result, when a sample was injected for testing.

In his written decision Commissioner Jerry Bernstein agreed with the arguments St. Louis made in the trial court, ruling that the blood test results were not reliable enough to be used as evidence at trial. The Ruling states:

"Given the errors or problems, and the refusal to determine the why or the basis for them, significant questions arise as to the reliability and confidence in this gas chromatography instrument. Although there are policies and procedures that purport to act as safeguards, it is apparent that they haven’t been sufficient."

The Arizona Court of Appeals reversed, in State v. Bernstein, 234 Ariz. 89, 317 P.3d 630 (2014), holding that the defendants had not proven that their test results were inaccurate, and further holding that the trial court was not allowed to decide the credibility of the witnesses at this type of hearing.

The Arizona Supreme Court granted St. Louis’s request to review the Court of Appeals decision, and set oral arguments to allow the attorneys to address the issues in the case.

During his argument, St. Louis described testimony from expert witnesses at the hearing that the laboratory personnel erred in failing to remove the equipment from service, failing to determine the source of the errors, and in failing to repair the equipment before testing additional blood samples. St. Louis argued that the trial court correctly held that the laboratory’s decision to continue to use the blood testing equipment after the repeated incorrect test results were discovered rendered the test results too unreliable to be admitted at trial.

Tucson DUI Lawyer Joseph St. Louis is certified as a specialist in criminal law by the Arizona State Bar, and certified as a specialist in DUI defense by the National College for DUI Defense, as recognized by the American Bar Association. He is a member of the Board of Regents of the National College for DUI Defense. Tuesday marked the fifth time he has argued before the Arizona Supreme Court.

There is no timetable for when the Arizona Supreme Court will issue its decision.