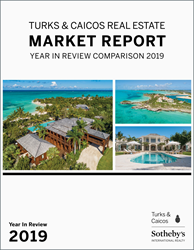 If the past ten years can make history as our decade of the luxury villas, what will the next ten years’ headline be?

The first ten years of the 21st century was the decade of our luxury condominium boom that featured the completion and opening of several luxury vertical projects including, but not limited to the Villas and Estate at Grace Bay Club, The Palms, Seven Stars, Point Grace, Villa Renaissance, The Regent Grand, The Pinnacle, Wymara, West Bay Club, The Somerset, Windsong, The Tuscany, The Venetian, and Blue Haven amongst others. That decade solidified and paved the way for the resort and residential condominium models which have successfully proven to be the core of the Turks & Caicos tourism offering.

After the financial crisis of 2009, vertical condominium development was simply not viable and a new model was required to continue TCI’s growth. After a period of recovery between 2010 to 2012, while sitting with friend and colleague Mark Durliat, Founder and CEO of Grace Bay Resorts, the viability of developing secure and managed villa communities was discussed. It was speculated that there was an emerging market for luxury villas that was not being satisfied or serviced. Thus, The Residences by Grace Bay Resorts was founded and quickly became the harbinger of things to come as the Beach Enclave villa communities followed suit, along with Blue Cay Estate, Wymara Villas, and others, including the magnificent villas at The Shore Club.

These managed villa communities featuring sophisticated designs were complemented and amplified by the building of some of the most prestigious private villas in the Caribbean and beyond. This dynamic combination has created an amazing array of luxury villas that have led and carried the market, especially in the latter half of the past decade. Highlights in this area include developments such as South Bank, Rock House and The Club at Beach Enclave Long Bay. These new villa developments have greatly diversified the nature and geography of our luxury tourism and real estate to locations such as Leeward, either end of Long Bay, the elevated Blue Mountain, Turtle Tail and other locations. Grace Bay remains the gem and is one of the best beaches in the world; however, real estate investors have discovered other alluring shorelines of the Turks & Caicos Islands.

As this villa market has grown, so too has the pedigree and diverse interests of our purchasers and vacationers, with many villas renting for several thousand dollars per night. The managed villa communities have augmented the private villas at the iconic Amanyara on North West Point and the private island resort of COMO Parrot Cay, to create a still-emerging, world-renowned luxury tourism destination.

Turks & Caicos real estate sales closed out the second decade of the 21st-century with a bang, after entering it tepidly in 2010, as the following graphs demonstrates that villa sales represented around 52% of the total market in 2019. Circa $219.7M of the record $334.7M dollar volume were villa sales with a stunning average price point of $1.98M. This incredibly impressive performance speaks volumes for the power of the Turks and Caicos Islands brand, our private and public sector, and our wonderful investors, homeowners and visitors.

If the past ten years can make history as our decade of the luxury villas, what will the next ten years’ headline be? With the pending completion of the Ritz-Carlton Residences on Grace Bay, Rock House under construction, and with other vertical development in the pipeline such as The Bight Hotel and next phase for Point Grace, amongst others, we project a balancing of villa and condominium development throughout this next decade with a sprinkling of mixed-use developments. TCI has tremendous momentum and a lot of potential growth as we remain humble and grateful for our wonderful position in the Caribbean and the greater region. Wishing you a prosperous new year and great decade ahead!

Link to Full Report with Graphs