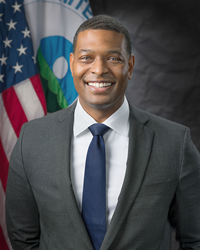 “The U.S. government will work with the Clean Cooking Alliance, other country governments, and partners at every level of government to reduce emissions from home cooking."

At the Leaders Summit on Climate hosted by President Biden, the U.S. government announced today that it is resuming and strengthening its commitment to the United Nations Foundation’s Clean Cooking Alliance. The pledge includes support to help countries achieve their climate ambitions through expanding access to clean cooking.

“The United States is announcing that it will resume and strengthen its commitment to the United Nations Foundation’s Clean Cooking Alliance,” said Michael S. Regan, Administrator of the U.S. Environmental Protection Agency. “The U.S. government will work with the Clean Cooking Alliance, other country governments, and partners at every level of government to reduce emissions from home cooking and heating that contribute to climate change and directly affect the health and livelihoods of almost 40 percent of the world’s population.”

Ten years ago, the United States took a leading role in shining a light on the far-reaching impacts of household air pollution through the formation of the Clean Cooking Alliance (CCA), committing to changing the way millions of people cook. Since then, more than one billion people have gained access to clean cooking, according to the World Health Organization.

“We commend the U.S. government for reaffirming its global leadership on clean cooking,” said Dymphna van der Lans, CEO of the Clean Cooking Alliance. “2021 is a critically important year for energy and international development. Through the Leaders Summit on Climate, the upcoming United Nations High-Level Dialogue on Energy, and the 26th UN Climate Conference, world leaders can make momentous progress on climate protection, health, the environment, and women’s empowerment by focusing on clean cooking.”

CCA’s leadership for the past decade has helped build a foundation for transformative change in the lives of those most affected by the issue. It has also helped drive private sector innovation, accelerate investment, develop international standards, establish enabling policies, and expand the evidence base of the benefits of clean cooking technologies and fuels.

“The Netherlands is pleased to see the U.S. government rejoining our efforts to address the hidden tragedy of traditional cooking practices,” said Esther Reilink, Senior Policy Advisor, Directorate-General for International Cooperation at the Ministry of Foreign Affairs, the Netherlands. “We are not on track to reach our 2030 goal of universal access to clean cooking. This is the year to be crystal clear that we prioritize clean cooking in our development plans, our joint response to climate change, and our recovery from the COVID-19 pandemic.”

“Household air pollution from traditional stoves and dirty fuels is a major issue for the people of Nepal,” said Madhusudhan Adhikari, Executive Director of the Alternative Energy Promotion Centre, Government of Nepal. “U.S. government support for this work will be critical for ongoing efforts to achieve clean cooking in Nepal and other countries by 2030.”

“UN Climate Change gladly welcomes the re-engagement of the government of the United States on clean cooking,” said James Grabert, Director, Mitigation Division, UN Climate Change. “The work of the Clean Cooking Alliance is essential, particularly ahead of the 26th UN Climate Conference, at a time when Parties to the Paris Agreement need to present their revised Nationally Determined Contributions: no tool and no means can be left aside for the world to deliver on the temperature and climate neutrality goals it set itself in 2015.”

“Providing clean energy to households is critical to achieving global climate and sustainable development goals,” said Helena Molin Valdés, Head of the Climate and Clean Air Coalition Secretariat. “Smoke from fireplaces, cook stoves, and lighting is responsible for more than half of human-made black carbon emissions and millions of premature deaths from household air pollution. The Climate and Clean Air Coalition partners welcome the U.S. government’s re-engagement in the issue and look forward to cooperating to put in place solutions that improve lives and protect the planet.”