Parents across country say debt is biggest barrier to saving 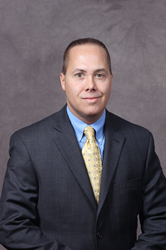 Parents across the country have the will and the knowledge to fund their children’s higher education through savings, but still struggle with the realities of debt in meeting their goals. These are key findings of the College Savings Foundation’s 13th Annual State of College Savings survey of nearly 1,000 parents across the country and income levels.

Released during College Savings Month, the CSF benchmark survey of parental attitudes and behaviors showed that 72% of all parents know that saving is vastly less expensive than borrowing. Three quarters of them, 76%, are already saving for their children’s college costs; and those parents are getting results: 70% of savers have amassed more than $5,000 per child, and 47% more than $10,000 per child.

Indeed, the survey found that parents are challenged by debt in general and student debt in particular, which has exceeded $1.6-trillion in the U.S. 37% of respondents are still paying off their own student debt; and nearly half, 49%, plan to borrow to finance their child’s higher education.

Debt impedes the respondents’ ability to save. When asked “What would make it easier to save?” the number one answer, garnering 30% of parents’ responses, was “less debt.”

42% of families surveyed said they had a 529 college savings plan in place, either owned by parents (28%) or otherwise established for their child (14%).

“Savings is a powerful factor in ensuring that children pursue higher education. Not only do 529 college savings plans help parents save, but they also are an incentive for children to realize their own interests and dreams,” Polimeni added. Nearly two-thirds of parents surveyed, 64%, said they knew that establishing a dedicated savings plan makes it more likely that a child will pursue higher education.

This includes alternatives to the traditional 4-year college. 59% of parents think of vocational and career schools in the same way as public and private college.

Other savings trends identified in the survey:

CSF’s 2019 State of College Savings survey was conducted with nearly 1,000 parents across the country and income brackets via Survey Monkey. The College Savings Foundation (CSF) is a Washington, D.C.- based not-for-profit organization helping American families achieve their education savings goals.

For an infographic of these findings, please see http://www.collegesavingsfoundation.org